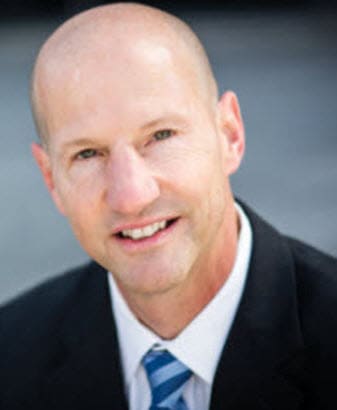 Mark was born and raised in St. Louis, Missouri. Mark graduated from the University of Missouri in 1989 and from Northwestern University School of Law in 1992. Mark is one of the founding partners of NGK Law, and Mark primarily concentrates in the areas of wrongful death and serious injury involving product liability, pharmaceutical and medical device mass tort, medical malpractice, workers' compensation, and general personal injury litigation. Based upon his unique background, Mark also handles select criminal defense matters.

In 2009 and continuing to present, Mark was asked to serve as national Co-Lead counsel over the Yaz/Yasmin Multi-District Litigation pending in the US District Court for the Southern District of Illinois. Mark oversees the litigation involving thousands of young women who have been seriously injured, including strokes, pulmonary emboli, DVT and gall bladder removal, by the oral contraceptive manufactured by Bayer.

In 2012 and continuing to present, Mark was asked to serve as national Co-Liaison counsel over the Pradaxa Multi-District Litigation pending in the US District Court for the Southern District of Illinois. Mark oversees the litigation involving thousands of older men and women who have been seriously injured, including gastrointestinal and intracranial bleeding events, by the anticoagulant manufactured by Boehringer Ingelheim.

Beginning in 2016, Mark was asked to serve on the national Plaintiffs' Settlement Committee for the Taxotere (Docetaxel) Multi-District Litigation pending in the US District Court for the Eastern District of Louisiana. Mark oversees the settlement aspects of the litigation involving thousands of women suffering from permanent alopecia, without warning, by the chemotherapy agent manufactured by Sanofi (and others).

Mark is also presently responsible for the coordination and oversight of litigations involving exposure to Monsanto's Roundup herbicide, leading to non-Hodgkin's lymphoma; Janssen's Risperdal antipsychotic medication, leading to gynecomastia; AbbVie's (and others') testosterone replacement medications leading to heart attacks and clotting injuries, and many others. Those litigations are consolidated in St. Louis, Missouri.

Prior to focusing on personal injury litigation in 2006, Mark spent a significant portion of his career with the United States Attorney's Office for the Southern District of Illinois. At the U.S. Attorney's Office, Mark split his time between the defense of civil litigation (to include medical malpractice, personal injury and employment discrimination suits against the Government) and criminal prosecution of complex conspiracy cases.

Prior to serving as an Assistant United States Attorney, Mark worked as a litigator with a private firm, and as an Assistant Circuit Attorney in St. Louis City where he prosecuted violent crimes, including homicide. Mark has also served as an Assistant Professor at the University of Missouri St. Louis, where he instructed law courses and on Court-appointed committees to select members of the federal judiciary.

Mark has tried more than 40 civil and criminal jury trials to completion. During law school at Northwestern University, Mark won the Mock Trial National Championship and was recognized as the Best Oral Advocate in the United States.

Mark currently lives in St. Louis, Missouri; his three children are now at various stages of their education or careers, in fashion, fitness and medicine.