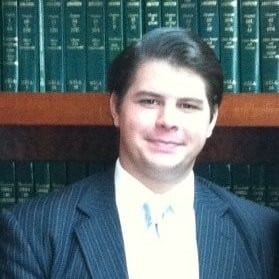 Attorney Berquist is a trial attorney focusing in the area of criminal defense. He represents individuals facing charges in the Massachusetts District and Superior Courts as well as Federal Court. He earned his Bachelor of Arts from the University of Massachusetts Amherst in 2013 and his Juris Doctor from Suffolk University Law School in 2016.

During his final year of law school, Mr. Berquist was selected to be a member of the Suffolk Defenders Clinic where he represented indigent individuals facing criminal charges arising out of the Boston Municipal Court, Central Division. He was also selected to serve on a special task force that reviewed and litigated some of the clinic’s prior cases in light of the Hinton and Amherst Drug Lab scandals. Before joining the clinic, Mr. Berquist interned with the Committee for Public Counsel Services, Public Defender Division as well as its Mental Health Litigation Division. As a student attorney in the Public Defender Division, he represented indigent criminal defendants in Worcester County. He also spent significant time interning for the Director of the Mental Health Litigation Division researching and drafting legal memoranda on pertinent issues relating to the involuntary commitment of individuals.

Finally, while in college, Mr. Berquist served in the Student Government Association in a capacity where he represented students who faced disciplinary action initiated by the University known as a Judicial Adviser. He spent two years in that office before being appointed to lead it in his senior year as the Student Attorney General. As the Student Attorney General he managed a team of four Judicial Advisers and collaborated with attorneys of the students he represented as they also almost always faced criminal penalties from the Commonwealth. He was one of the most successful in his position and was widely respected by both his colleagues and the University administration for handling all matters from alcohol and drug violations to physical and sexual assaults on and off the campus in an aggressive but professional manner.