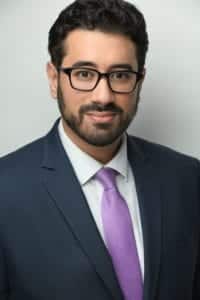 Mehdi was later recruited from the District Attorney's Office to join Greco Neyland, PC. Mehdi was the Senior Trial Attorney responsible for the management and operations of the Greco Neyland law practice prior to leaving the office. During the years with Greco Neyland Mehdi handled cases of every variety to the satisfaction and benefit of his clients. Mehdi handled many federal cases including: federal conspiracy, RICO, drug, wire fraud, bank fraud, trafficking, aggravated identity theft, bribery and more.

Mehdi’s criminal defense practice, in Westchester County and New York City (all five boroughs), is centered around one key concept, THE CLIENT’S RIGHTS COME FIRST. Mehdi does not lie down just because the other side pushes back and his clients have benefited from rigorous, honest, and reliable representation from a New York attorney that has worked on all sides of the Court and is passionate about fighting for his clients.

• Mehdi is a real NYC attorney that was trained in Kings, Queens, New York, and Bronx County to handle Criminal cases. Mehdi knows the playbook and uses it to benefit his clients.

• Mehdi is a hands-on reliable attorney that makes client goals a priority.

• Mehdi is tough enough to stand up to the police, the feds, the district attorney’s office, and the Department of Justice to ensure that his client’s rights are protected.

• Mehdi is a Moroccan and a Muslim raised in NY City that understands the challenges of being a minority in the U.S.A. Mehdi is passionate about the civil rights and freedoms that should extend to all people and he will fight for your rights.

• As a Muslim son of immigrants Mehdi is sensitive to the needs of immigrant communities that are seeking to build a life in the United States.