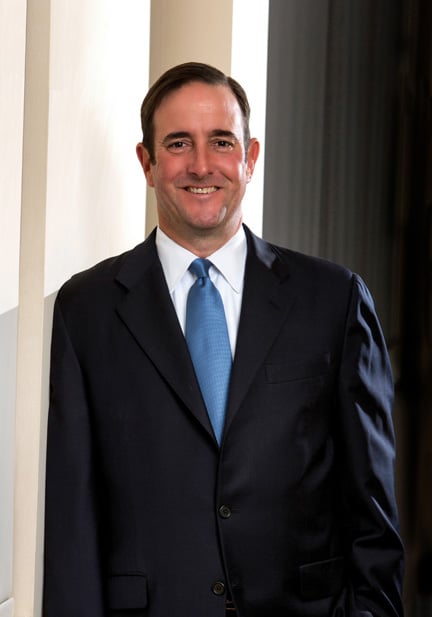 Compassionate, empathetic and a fervent advocate for victims of crime, Michael Haggard has dedicated his career to the pursuit of justice on behalf of his clients in the courtroom securing unprecedented awards and as an activist who continuously lobbies for permanent solutions and change through local, statewide and federal legislation. Specializing in pool drowning, negligent security, wrongful death, unsafe premises and products liability, Haggard has established himself as a powerful force in the legal community as the Managing Partner for The Haggard Law Firm.

After spending time as a Public Defender and working with a small personal injury firm before joining The Haggard Law Firm, Haggard was named a partner in 2001, secure in the belief that every case holds equal importance and could mean the opportunity to award a family resolution to a devastating incident.

To learn more about Haggard’s extensive experience as a trial lawyer for drowning victims visit aquaticattorney.com.

Several years later, a third $100 Million verdict was awarded by a jury in a negligent security case, deemed the largest of its kind for that genre of case law.

Ultimately, Haggard hopes to give victims the tools and resources to help rebuild their lives. By convincing a judge or jury to hold those responsible accountable he gives victims and their families a sense of justice and comfort that another family won’t have to go through this same tragedy. Devoted to his clients, Haggard has received numerous awards for his time and dedication earning him recognition as one of the most highly regarded personal injury attorneys in the country. In 2017 he was awarded the Florida Justice Association’s highest honor, the Perry Nichols Award, and was named Lawyer of the Year by Best Lawyers of America. He has also been honored to receive the Advocate of Justice Award from the National Crime Victims Bar Association received the Lifetime Achievement selection to America’s Top 100 Attorneys®, has been twice named a Most Effective Lawyer by the Daily Business Review, is a member of the Top 100 Trial Lawyers, and is annually recognized as a Florida Trend Legal Elite Lawyer, a Florida Top 100 Super Lawyer, and one of the Best Lawyers in America.

Professional achievements aside, Haggard is also fiercely dedicated to a myriad of worthy causes. Believing that as an attorney he has an obligation to give back to the community, he serves on the Advisory Council for the National Drowning Prevention Alliance and sits on the Board of Directors for the National Crime Victim Bar Association where his knowledge and background of representing victims of violent crimes, including sex crimes (more info here: abuseguardian.com/sexual-assault-lawyer/florida), is put to good use. Additionally, Haggard is a current member of the MADD Barristers Council and supports the National Center for Victims of Crime.

Closest to his heart, however, Haggard sits on the National Board of the Polycystic Kidney Foundation. Passed genetically, this disease has affected many members of his family, as well as Haggard himself.

Outside the office, Haggard is not only a philanthropist, but also a dedicated father. He and his wife, Bekki, love to watch their son play college football at Tulane University. His daughter currently attends school there as well.