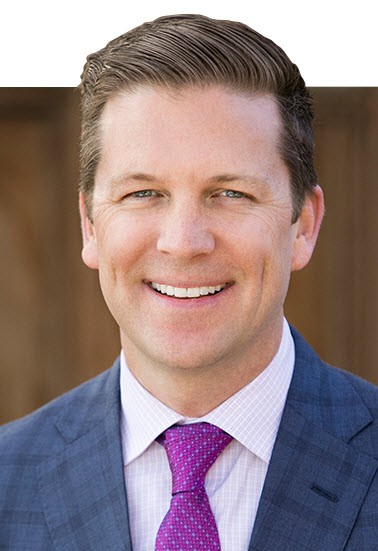 Michael is a partner at Denver Trial Lawyers ® and has been a practicing personal injury attorney for over 15 years. Michael specializes in serious and complex civil litigation, where he represents victims of sex abuse, victims of church abuse, those who have been injured in trucking collisions, injuries caused by ski collisions, injuries caused by loading and unloading of cargo, automobile accidents, motorcycle accidents, wrongful death, products liability, premises liability, drunk driving collisions, injuries resulting from the use of Uber/Lyft, negligence of property owners, and medical malpractice.

Among numerous other cases, Michael is currently representing over 150 victims of sex abuse against the University of Michigan. Some of the victims Michael is representing are former U.S. Olympians, NFL Players, NHL players, and MLB players.

Michael has been quoted and featured in worldwide media and news publications related to the victims he represents against the University of Michigan. Some of the News Articles About This Case & Michael Nimmo can be found here:

Mr. Nimmo’s practice focuses on helping victims who have been victims of abused and those who have been seriously injured in complex civil cases. Mr. Nimmo has been fighting for his clients’ rights since graduation from law school in 2005 and has worked as a lawyer representing victims for his entire career. Mr. Nimmo has been recognized by both Plaintiff and Defense lawyers as one of the top trial lawyers in Colorado. Mr. Nimmo has been honored and named as a Colorado Super Lawyer every year for the past 7 years. Mr. Nimmo was awarded and honored the prestigious “New Lawyer of the Year” award by the Colorado Trial Lawyers Association in 2014, an award given to one lawyer out of the entire membership of over 1,300. Mr. Nimmo has been named as a “Best Lawyer” for the past five years in a row and is a member of the “Million Dollar Advocates Forum”, as a result of the multiple million dollar plus settlements/verdicts he has recovered on behalf of his clients.

Mr. Nimmo has testified in front of the Colorado Senate and has been asked to speak and lecture on numerous occasions to Trial Lawyers throughout Colorado.

Mr. Nimmo recovered a confidential amount in a settlement on behalf of a minor who was severely injured as a result of abuse by a church.

Mr. Nimmo has recovered a $5,000,000 settlement on behalf of his client that was severely injured involved in a trucking incident.

Mr. Nimmo has recovered $1,300,000 dollars on behalf of a widow who lost her husband in a serious motor vehicle collision.

Mr. Nimmo obtained a jury verdict in the amount of $782,000 on behalf of his client who was severely injured in a tractor-trailer collision.

Mr. Nimmo obtained a $750,000 settlement for a minor who was severely injured in a Church Van rollover collision in only his second year as a lawyer.

Mr. Nimmo recovered a confidential amount in a settlement on behalf of a minor who was severely injured as a result of abuse by a church.

Mr. Nimmo helped obtain a $5,000,000 settlement for his firm’s client as a result of a defective product.