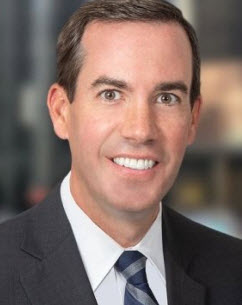 Cavanagh Law Group partner Michael J. Sorich is a veteran trial attorney who has obtained more than $80 million in verdicts and settlements for clients in Illinois and across the United States. The former prosecutor has expertise in every facet of personal injury law and boasts extensive experience in trucking, wrongful death and medical malpractice cases. In 2018, he was part of the Cavanagh Law Group trial team that obtained a landmark $20 million “code of silence” victory against the City of Chicago after an off-duty Chicago police detective drove drunk and killed two men in a fiery crash in 2009. Sorich helped uncover dramatic evidence the City failed to disclose during discovery and compelled the Chicago Police Department to acknowledge its long-entrenched “code of silence.”

Before joining Cavanagh Law Group in 2016, Sorich worked at the Cook County State’s Attorney’s Office for 13 years. He tried more than 50 criminal and civil cases in state and federal courts, argued before the Illinois State Appellate Court and served as the youngest ever supervisor in the county’s Civil Division. Sorich is a skilled investigator and evidence gatherer who since 2019 has been named an Illinois Leading Lawyer. Fewer than five percent of attorneys statewide are honored on the annual peer-selected list.

In 2022 alone Sorich has helped secure over $20 million in verdicts and settlements for his clients. These cases have included a $4 million settlement for a man injured in a trucking crash in Wisconsin, a $3 million wrongful death settlement for a motorcyclist’s family, a $12.5 million settlement paid by a local hospital after taking their patient off a lifelong medication that caused a stroke and hemiparesis, and a $2.25 million verdict against the City of Chicago.

Sorich’s victories also include a $7.5 million settlement for a woman who suffered traumatic injuries after being struck by a Metra commuter train. In 2017, Sorich obtained $5.9 million for Mary Kriete-Green, whose husband was struck and killed by a semi-truck while working in an Elmhurst construction zone. Sorich in 2020 secured a confidential $6 million settlement for a man who nearly drowned in a supervised pool in the Chicago area.

Other significant cases resulted in a $5 million settlement for a man whose hand was amputated by an industrial machine at his workplace and a $3.6 million wrongful death settlement for the family of a woman who died after hospital staff failed to perform a necessary MRI. In 2020, Sorich secured $3 million for a pedestrian whose leg was amputated when he was hit by a Chicago Transit Authority (CTA) bus. And in 2019, Sorich obtained $2.4 million for an elderly woman who sustained traumatic brain injuries after being struck by a car in a Pennsylvania parking lot.

Sorich has extensive expertise in trucking, transit and rideshare cases and has obtained numerous settlements and verdicts in excess of $1 million. Among them are:

a $2.1 million settlement for a cement truck driver who suffered spinal injuries in a low-impact crash;

a $1.5 million settlement in a fatal downstate Illinois crash caused by a semi-truck driver who was texting and driving in a construction zone;

a $1.5 million settlement for a truck driver who sustained rare internal injuries after being pinned between two semi-trucks at a repair facility;

a $1 million settlement for the family of a woman who was fatally injured in a crash caused by a truck driver making an illegal U-turn;

and a $1.3 million settlement for the family of two elderly parents who were killed after being rear-ended and pushed underneath a semi-truck.

Sorich has a long history of successfully representing grieving families in wrongful death cases. He obtained a $1 million settlement in 2017 for the parents of a 10-year-old boy who died in an apartment fire after the family’s landlord failed to provide smoke detectors. In 2020, Sorich secured $900,000 for the son of a man who died after a nursing home failed to administer prescribed medication. And in 2018, Sorich obtained a $1.089 million settlement for the family of a 27-year-old man who died after being “sucker punched” outside a suburban Chicago bar.

Sorich is a sought-after panelist and guest lecturer with an impressive roster of speaking engagements. He serves on the ITLA Board of Managers and was previously a member of the organization’s Board of Advocates. Sorich has taught at the college level and served as a member of the Chicago Bar Association’s Judicial Evaluation Committee and the Young Lawyers Tort Litigation Committee.

Since 2019, Sorich has been named to the annual Irish Legal 100 list. He was included as one of Chicago Law Bulletin’s top “40 Under 40” attorneys and named an Illinois Leading Lawyers “Emerging Lawyer” in 2017 and 2018.

Sorich and his wife, Katie, live in Western Springs with their three children. Sorich is a volunteer basketball coach and member of the Irish Fellowship Club of Chicago.