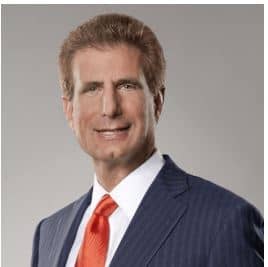 Mr. Bart has been a trial lawyer for over 40 years. During his career, he has developed a national reputation as a leader in handling pharmaceutical, medical devices, and other Mass Torts litigations. In this area, he has successfully achieved many multi-million dollar recoveries for his clients.

Mr. Bart has also been a pioneer in legal marketing in America and has lectured extensively on the subject at Tulane University, Loyola Law School, and University of New Orleans. Morris and his wife, Cathy, have been married for more than 39 years and have three daughters. He is a strong believer in health and fitness and regularly runs, bikes, skis, and plays tennis.

In 1980, Mr. Bart became the first attorney in Louisiana to advertise his services as a personal injury attorney on television, and he has since been the subject of numerous newspaper and television feature stories on legal advertising. At the time, he was a sole practitioner with one shared secretary. Since then, his firm has grown into one of the largest personal injury law firms in the United States with over 100 attorneys, a support staff of well over 200 and an annual advertising budget of $25 million. The firm currently operates offices throughout Louisiana, Mississippi, Alabama, and Arkansas.

Morris Bart is a Lifelong Philanthropist

The major focus of Mr. Bart’s many philanthropic endeavors is hunger in the community. He has made one of the largest donations to date to Second Harvest Food Bank. In recognition of this donation, the volunteer center will be named the Cathy & Morris Bart Center.

Another focus is support of education, and he is an active supporter of UNO, Loyola Law School, Isidore Newman School, McGehee School, and Metairie Park Country Day School (where he has served on the Board of Trustees for Newman, McGehee, and Country Day).

Mr. Bart has received numerous awards and distinctions during his career, including being named a Super Lawyer, a Million Dollar Advocate and Gambit Weekly magazine’s “Best Attorney” as well as receiving a “Leadership in Law” award from New Orleans City Business magazine.