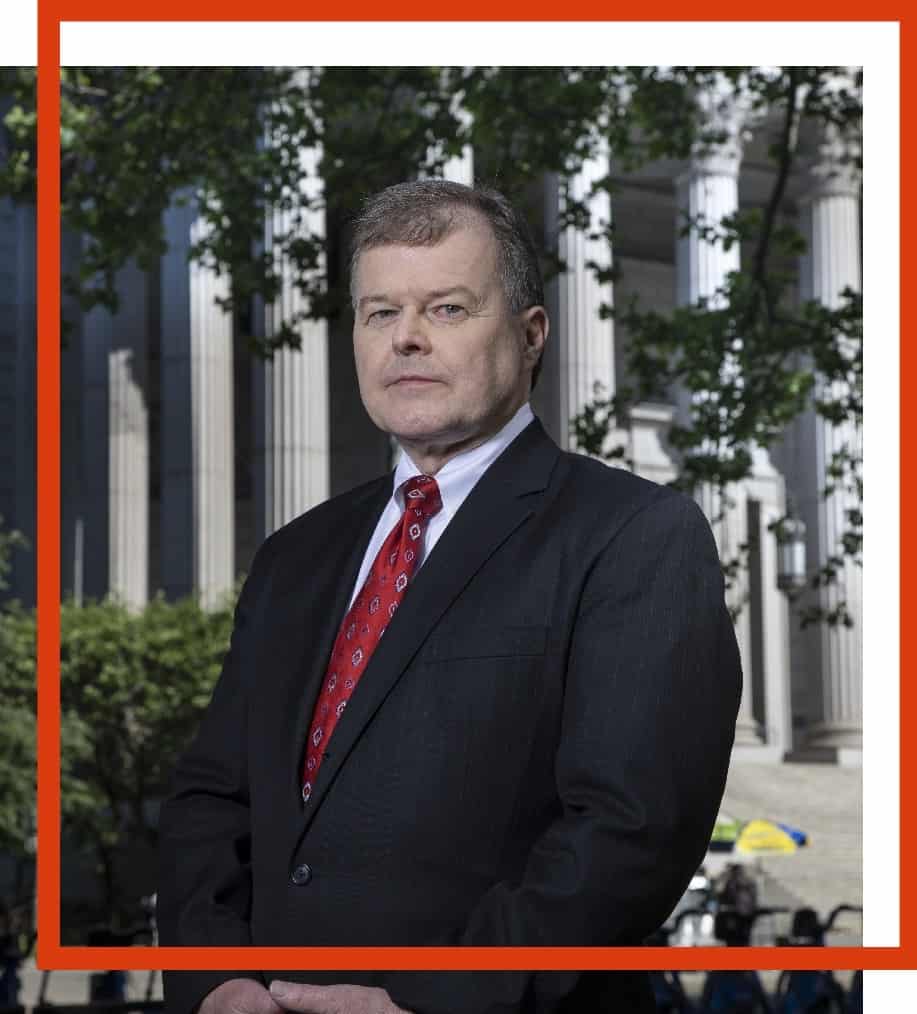 Nicholas I. Timko is the managing partner of the firm of Kahn, Gordon, Timko & Rodriques, P.C. having joined the firm of Kahn & Gordon in 1998 to create the current firm.

Mr. Timko has been practicing law since 1983. and is licensed to practice in New York and Pennsylvania.

He is dedicated to promoting public safety through the civil justice system by holding corporations, businesses, government agencies, hospitals, doctors, manufacturers and individuals accountable when their conduct causes harm and loss to members of the public.

Mr. Timko has spent his entire career representing clients injured in all types of accidents resulting from unsafe conditions of sidewalks, roadways, subways, buildings, construction sites, defective products, vehicle accidents and those injured by medical malpractice. He has earned a reputation for fighting on behalf of his clients and always putting the clients interests first. He is a highly skilled trial lawyer having tried many cases to verdict and resulting in multi-million dollar verdicts and settlements for his clients. He has also lead the fight to hold the City of New York accountable for unsafe sidewalks and roadways and its failure to comply with the prior written notice “pothole” law.

Mr. Timko is past President of the New York State Trial Lawyers Association (NYSTLA) and currently serves on the Board of Governors of the American Association for Justice and is the Dean of the New York State Trial Lawyers Institute, which is the educational arm of NYSTLA. He has received the highest professional and ethical rating, AV, from Martindale-Hubbell Peer Review Ratings, and has been named to New York Super Lawyers®. Mr. Timko writes and lectures on various legal topics, working to educate other trial lawyers how to better represent their clients.

United States District Court for the