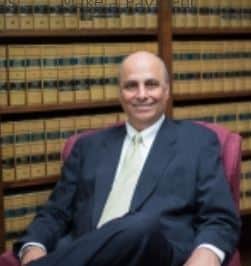 After graduating from UGA, Mr. Bajalia attended the Cumberland School of Law of Samford University, from where he graduated with a Doctor of Jurisprudence degree in 1979. During his third year of law school, he was asked to serve as the personal Law Clerk for the Honorable R. Macey Taylor, United States Magistrate, United States District Court, Northern District of Alabama.

Mr. Bajalia is a member of the Episcopal Church. He is married to the former Monique Andrews. They have six (6) children and several grandchildren.

United States Court of Appeals for the 11th Circuit

Court of Appeals of Georgia

Past Chairman – Board of Trustees of the Political Action Committee

Member, Board of Directors

Past Member, Board of Directors

Who’s Who in Executives and Businesses