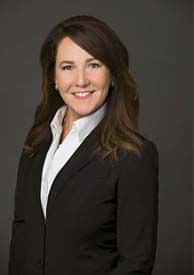 Nicole DeBorde Hochglaube is an experienced criminal defense attorney and trial lawyer handling state and federal criminal matters at all phases from investigation through trial and post-conviction and parole. She served as a prosecutor at the Harris County District Attorney’s Office from 1994 through 2002.

In private practice as a criminal defense lawyer since 2002, her experience brings valuable knowledge of criminal law from both sides of the fence allowing her to successfully solve her client’s problems in the most complex cases as well as the most basic.

DeBorde can often be seen in her role as a legal analyst on major national networks, including Fox, CNN and MSNBC as well as frequent speaking engagements. She has served the criminal law bar in her capacity as Houston Bar Association’s Criminal Law and Procedure Section Chair, Texas Criminal Defense Lawyer’s Association Board Member, Criminal Defense Lawyers Project Board Member, former President of the Harris County Criminal Lawyers Association and Inns of Court.

She has been honored with a variety of awards and recognition including, 2006 President’s Award recipient from HCCLA; She has been selected by Texas Monthly as a Texas Super Lawyer several years running and her firm has the highest rating, AV, given by the legal directory Martindale-Hubbell. After several years’ recognition by U.S. News and World Reports for inclusion on the Best Lawyers in America list, she was selected by Best Lawyers as 2017’s Lawyer of the Year in Criminal Defense for the Houston area. Recently, she proudly assisted as an Associate Producer for the documentary film An Unreal Dream: The Michael Morton Story.

Currently, she serves on the Board of Directors for the National Criminal Defense Lawyers Association where she is a member of the White Collar, Election and Amicus Committees. She is also Co-Chair of The Texas Criminal Defense Lawyers Association’s Strike Force providing assistance and representation to criminal defense lawyers across the state facing persecution in the course of representation of the accused.

She strongly believes aggressive advocacy involves integrity and extreme preparation. Her hard work for her clients nets positive outcomes and, for this reason, she is a trusted legal advisor to many, including law enforcement and fellow attorneys facing criminal accusations. Her reputation for excellence among her peers, opponents and the judiciary has earned her the ability to serve her clients, from the most high profile to the everyday, hard-working citizen accused, well by helping them achieve the best possible results.

State and Federal – Trial and Appellate