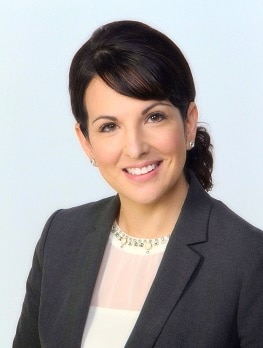 With over two decades of experience, Ms. Borgess has been involved with numerous national high-profile cases. For example, Ms. Borgess received national attention when she was the first attorney to file suit regarding the tainted drug, Heparin, which was manufactured by a U.S. drug company at an uninspected facility in China and took the lives of hundreds of innocent Americans in late 2007 and early 2008. In April of 2008, she was honored to have three of her clients speak before Congress at an investigational hearing entitled, The Heparin Disaster: Chinese Counterfeits and American Failures Their stories have been featured in various news media, including, but not limited to, ABC Nightly News, Nightline, Time Magazine, CNN and Bloomberg News. As a result of her work in contaminated Heparin litigation, Ms. Borgess was appointed a top leadership position in In re Heparin Products Liability Litigation, MDL 1953 and helped lead the litigation against Baxter, SPL and other Defendants.

As a result of this extensive experience, Ms. Borgess is well-versed in all aspects of civil litigation, from the early stages of data collection and review, to depositions, Daubert hearings, trial and appeals. Attorney Borgess also has an understanding of complex medicolegal issues, including, but not limited to, understanding and simplifying complicated mechanisms of injury and successfully establishing generic and case-specific causation in mass torts. Her experience has involved many disciplines, including pharmacology, pathology, epidemiology, immunology and biochemistry. Her knowledge and experience in civil litigation has proved invaluable, allowing her to obtain sizable settlements and verdicts for thousands of clients locally and throughout the country.

In light of her knowledge and experience, Ms. Borgess has been repeatedly invited to speak on the Heparin litigation and other topics at the annual national conventions held by the American Association for Justice and Mass Torts Made Perfect. In 2009, AAJ honored Ms. Borgess by asking her to act as moderator for their annual Litigating Toxic Tort, Pharmaceutical and Medical Cases seminar. She has also been invited to speak at multiple legal and medical seminars on a variety of legal or medicolegal topics, including, trial strategy, mass torts/MDLs, establishing causation, expert testimony, legal/medical ethics, medical records, termination of the physician-patient relationship, sexual misconduct and harassment in the practice of medicine, Ohio Good Samaritan and related laws, and physician censure for expert witness testimony.

Attorney Pamela A. Borgess Attorney Borgess believes in giving back to her local community. She frequency serves as a pro bono guardian ad litem for children that are adjudicated to be abused or neglected. Recently, in 2015 she was honored to be nominated as an Ohio State Bar Foundation Fellow (OSBF). As described by the OSBF, Fellows are chosen because of their accomplished records as attorneys. They generously dedicate both their time and money to improve the law. In 2015 and 2016, she was also honored to be appointed as Co-Chair of the Access to Justice Awards Steering Committee, which puts on a well-attended yearly event that raises thousands of dollars to support much-needed services for our community disadvantaged. Previously, Ms. Borgess served as Chair of the Toledo Bar Association Lawyer/Doctor Committee and has helped organize the committeeâ€™s annual continuing legal and medical education seminar for physicians and lawyers. In 2006, Ms. Borgess was one of five appointees of a joint conference committee assigned to revise the Toledo Bar Association Statement of Principles Governing Physician-Lawyer Relationships.

After achieving partner status at her prior firm, Ms. Borgess opened Borgess Law, LLC in September 2015. She formed the firm based on the principle that serving individuals is an honor and privilege and that all clients should be treated with dignity, professionalism and respect. In contrast to seemingly opportunistic, ambulance-chasing lawyers who appear more interested in exploiting their clients injuries or legal problems then helping the clients overcome them, Borgess Law, LLC seeks to bring a higher level of professionalism, ethics and quality legal services that are client-centered and results-driven. Ms. Borgess believes that clients are more than just inventories and that her most important case is whatever one she is working on in that moment, whether it is a multi-million dollar business dispute, helping an injured person, or advocating on behalf of an abused child.