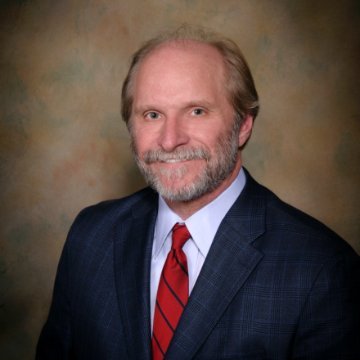 Patrick Short has over 30 years of legal experience representing clients in East and North Texas in personal injury, wrongful death, criminal defense, and select civil litigation cases. He is one (1) of eight (8) lawyers in Texas who are Board Certified by the Texas Board of Legal Specialization in Personal Injury Trial Law and Criminal Law. He is also board certified in criminal law trial advocacy by the National Board of Trial Advocacy.

An experienced and passionate attorney, Patrick has an exceptional trial record and high acquittal rate in criminal jury trials. In recognition of his work, he has been selected as a Texas Super Lawyer every year since 2006 and invited to join the prestigious memberships of the American Trial Lawyers Associationâ€™s Top 100 Trial Lawyers and the Best Attorneys of America.

Patrick represents injured persons in personal injury and wrongful death claims in the North Texas and East Texas area and throughout the entire state of Texas; defense of citizens accused, investigated or arrested for criminal law violations in Texas counties, such as: Rockwall, Dallas, Collin, Denton, Kaufman, Hopkins, Hunt, Tarrant, Grayson, Ellis and all counties in Texas.

He began his career as the Assistant Criminal District Attorney in Rockwall County, Texas from 1985 through 1986. He earned his J.D. from California Western Law School in 1982 and his B.A. in psychology from Baylor University in 1979. He graduated from the Trial Lawyers College in Dubois, Wyoming in July 2009.

Community Involvement
Patrick has always been actively involved in his community. From 2009 to 2017, he served four two-year terms on the McLendon-Chisholm City Council, Place 3. From 2004 to 2007, Patrick, a Spanish-speaker, served as the interim Hispanic pastor at Lake Pointe Church, where he and his wife, Tricia, have been members since 1985.

Life Story
Patrick was born and raised in southern California. In the middle of his junior year of high school, his motherâ€™s illness precipitated a move from California to Cuero, Texas, to live with his aunt and uncle. Patrick, like many young people, grew up fatherless and his childhood was difficult. However, his move to South Texas was a positive, life-changing experience. In Texas, he worked the family dairy farm, excelled in sports, and went on to attend Baylor University.

Today, he harkens back to those formative years to passionately communicate and advocate for his clientsâ€™ life stories and legal problems to juries in the courtroom. He has never forgotten where he came from or those who providentially helped him along his life journey. When given the opportunity, he loves to share his faith and how it has given him hope in those dark hours in life that everyone experiences.

Patrick and his wife have been married over 30 years, and they have two adult children.