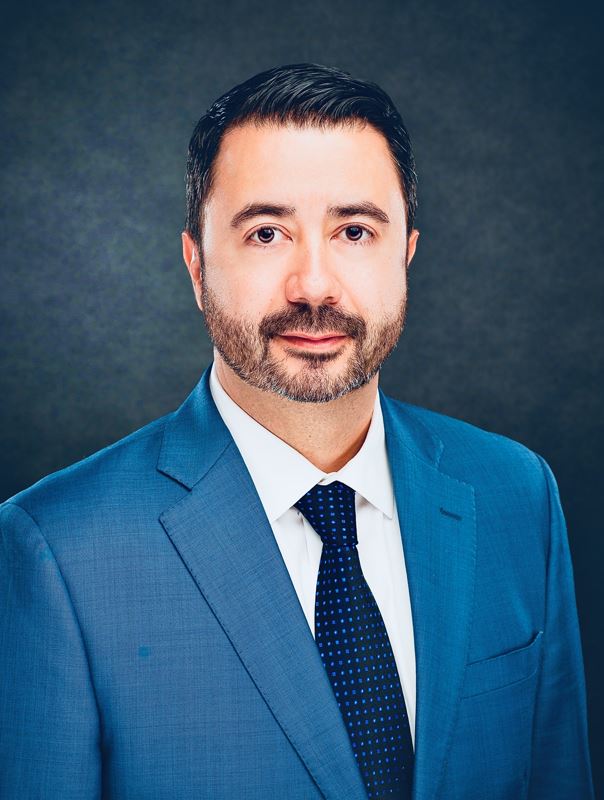 Mr. Amaro tried one of the first lawsuits related to Hurricane Ike and took many more to the eve of trial for many business and home-owner clients. More recently, the Amaro Law Firm has been active in assisting thousands of cleanup workers and businesses which suffered injuries and losses due to the BP Deepwater Horizon Spill. Every year since being founded, the Amaro Law Firm has represented clients in legal matters and obtained just compensation for its clients who have been personally injured or suffered damages in business and insurance disputes. Mr. Amaro has instilled his firm and staff with his relentless tenacity to effectively represent the firm’s clients with the utmost duty of candor and loyalty.

Prior to founding the firm, James Amaro gained a wide breadth and invaluable work experience working at some of the largest national and state-based law firms in Wisconsin and Texas. In his career, Mr. Amaro has written federal opinions for a federal judge and worked for many large defense law firms.

In law school, Mr. Amaro served as a managing editor of the Wisconsin International Law Journal and his article was one of few selected for publication in that journal. His experiences have given him the perspective to manage his firm’s cases efficiently and effectively.

In the beginning of his legal career, James Amaro was an aggressive defense attorney with a Houston insurance defense firm where he learned how the “insurance racket” works. As a defense attorney, Mr. Amaro practiced in the areas of insurance coverage and defended clients in the areas of construction law, real estate law, toxic torts, product liability, commercial litigation and arbitration, personal injury, and wrongful death.

In college, James Amaro worked and studied in real estate, engineering, and internet technology as a student and as an entrepreneur during and after his college studies. To self-finance his education, he had obtained multiple academic scholarships to several top-tier universities across the United States.

Despite the offers, James Amaro decided to stay in Texas and attend the University of Texas at Austin to study chemical engineering in its reputable program. In his chemical engineering studies, Mr. Amaro excelled and obtained an internship with a large engineering company in Houston called Bechtel Corporation at which he reviewed process flow diagrams and wrote a visual basic program for engineers to use to perform calculus and differential equations. He was in the advanced sequence of his studies in the middle of his junior year before he decided to change his major to economics and pursue a career in law.

Before finishing his studies in economics at the University of Texas, Mr. Amaro co-founded a popular internet-based business in Austin which provided marketing and social services to students and to companies marketing to students. The company exploded in popularity and was advertised on the radio within 3 months of launching and became one of the most visited websites in Austin by university students. Also while in Austin and only at the age of 20, Mr. Amaro obtained his real estate license and began selling and leasing real estate all over the Austin area.

Today, James Amaro still owns interests and invests in real estate and internet technology companies. Through his experience, Mr. Amaro has learned how the judicial system perceives insurance and personal injury claims and the common strategies of insurance defense law firms and the insurance companies that pay them. Through his business and entrepreneur experiences, he understands what makes businesses successful and how to protect valuable business interests.

Mr. Amaro comes from a large family from Sugar Land, Texas. His paternal grandmother came from a Sioux Indian reservation in North Dakota after meeting his grandfather who served in the Air Force in WWII with his brothers. Other parts of his family sought refuge from the violent Mexican Revolution which occurred in the early 1900s. They all settled in Sugar Land eventually and many of his family members worked hard and tirelessly at the Imperial Sugar Refinery for decades to support their families while living in housing subsidized by the refinery.

In high school, Mr. Amaro worked nights and weekends as a ranch hand driving tractors, as a grocery sacker at Gerland’s Grocery Store, as a car washer at an auto dealership, and as a dishwasher at a local restaurant. It’s from this experience and this great line of fighters, survivors, and blue-collar workers that Mr. Amaro has developed his tenacious work ethic and his deep empathy for his clients’ circumstances.

• US. Court of Federal Claims

• US. Courts of Appeals for the Fifth Circuit

• US. Court of Appeals for the Tenth Circuit

• US. District Court for the Southern District of Texas

• US. District Court for the Eastern District of Texas

• US. District Court for the Western District of Texas

• US. District Court for the Northern District of Texas

• US. District Court for the Western District of Wisconsin

• University of Texas at Austin, B.A. in Economics, Minor in History