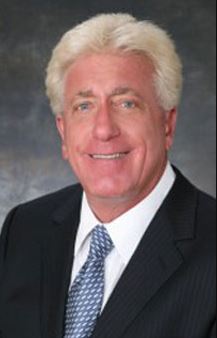 For over three decades, medical malpractice lawyer Richard M. Shapiro has been working to defend the rights of injured individuals, children and families due to medical malpractice. Throughout his career, Richard has become a formidable adversary in the field of medical negligence. He takes pride in focusing a large portion of his legal practice to representing children injured by negligent healthcare. These children make up more than 90 percent of his client base.

Raised in a family of highly respected medical professionals, Richard has spent his entire life in and around the health care community. In the beginning of his career, he spent time working as a research assistant for his father, Dr. Robert Shapiro, at one of Yale University's primary teaching hospitals.

When Richard transitioned to law, he held true to his medical roots by focusing his practice on issues related to healthcare. Specifically, he helps medical malpractice victims of paralysis, blindness and birth injury cases. As an experienced retinopathy of prematurity lawyer, he is one of only a few attorneys nationwide who can effectively represent victims of baby blindness caused by retinopathy of prematurity (ROP). This occurs when doctors fail to screen, monitor and provide adequate treatment for this curable condition.

Knowledge, Experience and a Proven Record of Success

Richard has been recognized in Who's Who in American Law. He has also received national recognition in trial advocacy. As an AV Preeminent rated lawyer, he achieved the highest rating for ethical standards and professional ability as voted on by other attorneys.

Richard graduated with a B.A. from the University of South Florida and received his J.D. from the Southwestern University School of Law. He has served on the Board of Governors for the American Association for Justice and the Association of Trial Lawyers of America. Richard has also served as President of both the Academy of Florida Trial Lawyers and the Southern Trial Lawyers Organization.

Call Tampa Medical Malpractice Lawyers You Can Rely On

While the firm receives hundreds of inquiries annually, the Shapiro Law Group only takes on a select number of cases that they strongly believe in. This allows our medical malpractice lawyers to devote their full focus and effort into each case. Therefore, we can uphold rights and provide support for victims in these lawsuits for medical negligence.

The Shapiro Law Group works on a contingency fee basis. This means the firm will advance all the initial court costs so you pay nothing up front. Our clients only pay attorney fees and costs if their cases result in favorable outcomes. Call (800) 258-HELP or fill out our online contact form for a free consultation with our Tampa medical malpractice attorneys.