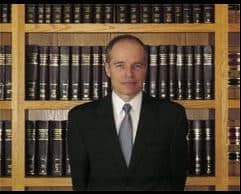 Inspired to study law by his father who had worked with Senator Robert Kennedy and President John F. Kennedy, Mr. Cheasty went to work right after law school for the state of California, protecting the rights of farm workers. He worked at both the administrative trial level and on cases before the Court of Appeals.

After leaving state service, Mr. Cheasty headed the Legal Department of the Carpenters Trust Funds of Northern California, one of the largest construction union funds in the United States. He represented the working carpenters and their pension and health insurance funds in state and federal courts, before the state legislature in Sacramento, and before Congress. Before he left, he achieved the highest recovery of benefits in a single case in the history of the Carpenters Funds. In 1984, he left to go into private practice.

Robert C. Cheasty currently serves as Executive Director and founding member of the Citizens for East Shore Parks, founded in 1985 to spearhead the drive for a state park along the east shore of San Francisco Bay. The organization's 25-year effort yielded the Eastshore State Park in December 2002. Work is ongoing to complete the park, to open the East Bay shoreline to public access, and to protect sensitive shoreline habitat.

For more than 10 years, he served as President of the Bay Dredging Action Coalition, an organization dedicated to ecologically sound and efficient dredging solutions in San Francisco Bay. Its successful efforts have helped to ensure the continued vitality of shipping in the region while using the clean dredge material for wetland restoration projects around the Bay.

League of California Cities, representing the East Bay on the Water Policy Subcommittee, helping to produce for the first time ever a statewide consensus on water policy in 1987-88.

U.S.F. Law Review – on Constitutional rights and standards of proof in cases of custodial confessions

Briefs and writings for clients and public interest groups.