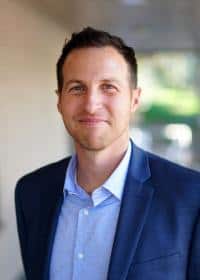 As the Chief Trial Lawyer at Weitz & Luxenberg, Robert Gordon has amassed more than $400 million in jury verdicts over his career, which began when national asbestos cases were first starting to materialize.

Gordon is not just a major player, he helped write the rules of engagement in asbestos litigation. He’s been at Weitz & Luxenberg since 1991, serving as the firm’s trial front man in high-profile cases involving asbestos-related illnesses, drug companies, dangerous medical devices and environmental pollution.

He’s engineered many of Weitz & Luxenberg’s biggest success stories, winning 12 cases with verdicts worth at least $10 million, among his 36 total judgments of $1 million or more.

Leader of a Team of Legal Experts Who Do Their Homework

While Gordon might be the focal point at times, arguing cases in the courtroom, there’s no understating the importance and impact of the overall team effort at Weitz & Luxenberg in helping win such large judgments for clients.

“To use a football analogy, I don’t think a quarterback would do well if he didn’t have a great offensive line, receivers and running backs,” Gordon said. “This is a team game, totally. So in these kinds of trials, you are both a performer and a conductor.

“That’s the magic to it. From the paralegals, to the staff attorneys, to the second-chair lawyer and to me, it’s a team game.”

Perhaps the best part about working at Weitz and Luxenberg, Gordon said, is the front office’s willingness to do whatever it takes to win a case, a notion that shouldn’t be lost on prospective clients. It starts with firm co-founder Perry Weitz, who also has a reputation as a trial lawyer of considerable repute. The firm has the resources and willingness to propel a case toward a maximum verdict for its clients.

“Perry [Weitz] has never done anything but encourage us to spend whatever it takes to do the very best job, because he was a trial lawyer,” Gordon said. “If anything, he’ll say, ‘Why didn’t you do another focus group? Why didn’t you spend more money to prepare? Why not do more?’

“It’s not just that they don’t say ‘no.’ They actually encourage you to do everything that you can to win.”