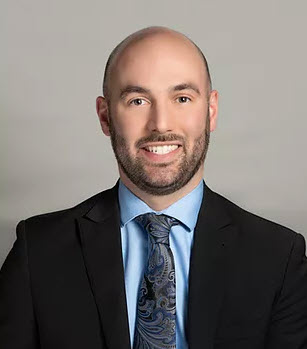 Rob Hanauer has been interviewed by the broadcast news media for his representation of various high-profile clients, including affiliates for ABC, NBC, CBS, and Fox news. His cases have been covered in various blogs and print news outlets throughout the state including the Chicago Tribune, Chicago Daily Law Bulletin, Illinois State Bar Association, Peoria Journal Star, Quad-City Times, and Herald-Whig, to name just a few. Rob has also been a commentator, offering legal opinions on various issues of public concern, for affiliates of CBS and Fox news.

Edwards v. Atterberry, 2019 IL 123370 Petitioner was found guilty by a jury of an alleged regulatory offense. After his finding of guilt, but before conviction, Petitioner sought a writ of prohibition and supervisory order in the Illinois Supreme Court. A four-justice majority denied Petitioner’s requested relief without determining whether the trial court had jurisdiction over Petitioner. The majority found that Petitioner possessed an adequate remedy at law; to wit, post-trial motions and the normal appellate process. Three dissenting Justices of the Illinois Supreme Court disagreed with the majority’s decision, observing that Petitioner had been prosecuted for and convicted of a non-existent regulatory offense.

Pagel v. TIN, Inc., 695 F.3d 622 (7th Cir. 2012) Employer failed to reduce Plaintiff’s sales goals to reflect Plaintiff’s diminished capacity while on FMLA-qualifying leave. Employer terminated Plaintiff’s employment based on poor sales performance. District Court granted summary judgment in favor of Employer. We appealed on behalf of Plaintiff. Appellate Court reversed the District Court, finding that a reasonable jury could find that Employer’s failure to reduce sales goals while employee was on FMLA-qualifying leave denied him the full benefits to which he would have been entitled.