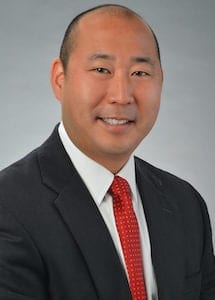 Robert S. Miyashita is an attorney at Bickerton Dang who focuses his practice on claims involving serious and catastrophic injuries, wrongful death, and medical malpractice. Robert was born and raised on the island of Oahu. After living and practicing law in Florida, he and his wife decided to return back home in 2017 so they could raise their daughter in Hawaii where she would be able to learn the unique culture of the state and appreciate the true essence of aloha. The combination of Robert's past experiences and his strong belief to do what is right makes him a passionate advocate for clients who have been injured or wronged through the negligence of others. He has received recognition for his effective representation of clients through Superlawyers, Top 40 under 40 National Trial Lawyers, and Top Attorneys Rising Stars throughout the years up to the present date.

Robert graduated top 6% of his class from Florida Coastal School of Law. Throughout law school, Robert consistently maintained his status as Dean's Scholar (Top 10%). He was recognized for ranking top of his class for Legal Writing and Research and Alternative Dispute Resolution. Robert was selected as a member of the nationally recognized Moot Court Honor Board (Top 5% in Appellate Advocacy) and was the only student selected to intern at the Florida Supreme Court in 2009, Spring Semester. Robert had the great privilege to clerk for the (former) Florida Supreme Court Chief Justice, the Honorable Ricky L. Polston. Upon passing the Florida Bar, Robert was invited by the Florida Board of Bar Examiners to become a bar examination reader based on his demonstrated high academic performance, bar examination scores, and outstanding personal and professional character.

B. A. in Biology with a minor in Speech Psychology, University of Hawaii at Manoa, 2003