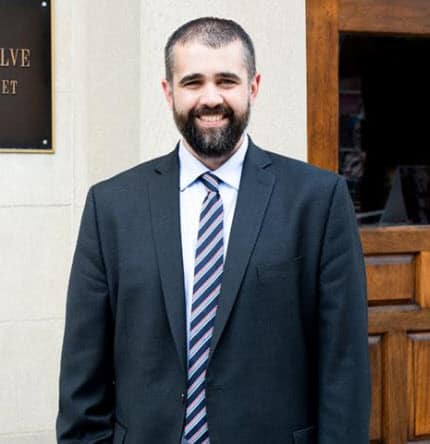 Sam attended Suffolk University Law School, which is where his passion for representing individuals began when he successfully represented clients as a member of the school's Housing Clinic. After graduating from law school in 2010, he passed both the Massachusetts and New Hampshire bar exams.

A native of Massachusetts, Sam graduated from the College of the Holy Cross in 2004 with a bachelor's degree in history and a minor in French. Before attending law school, Sam also earned his master's degree in history from Boston College in 2006 and worked at a law firm in Newton, MA, where he assisted the firm's real estate law practice.