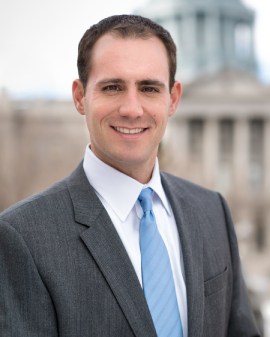 As a Shareholder and Manager of the Personal Injury and Medical Malpractice Group at Leventhal Lewis PC in Denver, Colorado, attorney Sean B. Leventhal has achieved notable success advocating on behalf of those who suffered an injury or lost a loved one due to someone else's negligent, careless or reckless actions.

A native of Colorado, Mr. Leventhal serves plaintiff personal injury clients throughout the state, and he has also successfully litigated numerous personal injury and wrongful death cases in Nebraska, Montana, Arizona and New Mexico. Delivering the personalized, compassionate counsel his clients deserve, Mr. Leventhal aggressively pursues the maximum amount of compensation possible on behalf of those he serves, and he has secured millions of dollars in settlements and awards for those in need.

From this high level of success, Mr. Leventhal has received numerous awards and honors throughout his career. He Holds perfect ratings from Avvo, and he received the Avvo's Clients' Choice Award for personal injury in 2016. He is also Lead Counsel verified, and from 2016 through 2021, The National Trial Lawyers voted him among the country's Top 40 Under 40, and and recently, Top 100. Mr. Leventhal has been recognized by his peers as a Colorado Super Lawyer - Rising Star, from 2016 to the present.

A 2004 graduate of the University of Colorado Boulder, Mr. Leventhal attended the University of Denver Sturm College of Law, where he graduated with Order of St. Ives honors and obtained his Juris Doctor in 2010. He is admitted to practice in all Colorado State Courts, before the U.S. District Court for the District of Colorado, and the U.S. Court of Appeals for the 10th Circuit.

While pursuing his legal degree, Mr. Leventhal was highly active with the school's transportation law journal and won the Hartje Objective Writing Award in 2007. He also served with the criminal law clinic, where he provided unmatched legal counsel to people with limited means.

Before entering the legal profession, Mr. Leventhal worked as professional pilot. He was a flight instructor holding a perfect pass rate for his students, and notably, Mr. Leventhal was also a commercial airline captain based in Denver. While at that airline, he helped establish and was the manager of a program in the company's safety department that allowed crew members to report any safety issues in order to address the matters effectively and prevent such events from occurring again in the future. A certified flight instructor and former airline captain, he continues to maintain his currency as to all of his certificates and ratings.