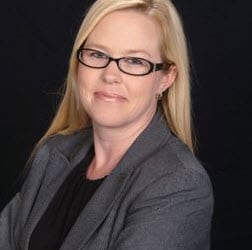 Shiobhan Olivero was born in Plant City, Florida, and as a native Floridian, has lived in the Tampa Bay area her entire life. She enjoys spending time with her son and family. She is an active scuba diver, and enjoys traveling to local and distant sites to dive.

Shiobhan earned as Associates Degree in Paralegal Studies from Hillsborough Community College. She worked for approximately ten years as a paralegal for criminal attorneys in the Tampa Bay area prior to, and during law school. Shiobhan earned her undergraduate degree from St. Leo University.

Shiobhan then went on to attend law school at Stetson University College of Law, where she graduated in the top 4% of her class and earned a Certificate of Concentration in Trial Advocacy. While at Stetson, Shiobhan served as a coach to members of the mock trial shadow team, and competed in several mock trial competitions.

She was also a recipient of the Victor Wehle Award for Excellence in Trial Advocacy and the William Blews Pro Bono Service Award. She received a certificate in Leadership Development and received recognition in the Who’s Who Among Students in American Universities and Colleges.

During law school, Shiobhan interned with the Pinellas County State Attorney’s Office. During this internship, she had several trials, including 4 non-jury trials. Knowing her goal was to become a defense attorney after law school, this experience gave her a unique perspective into the workings of the State Attorney’s Office and how cases are prosecuted. She also completed a Federal Judicial Internship in the federal court of the Middle District of Florida, interning for a Federal Judge.

After being admitted to the Florida Bar in 2010, she worked for a civil defense firm in Tampa.She then served from 2011-2014 as an Assistant Public Defender for the Sixth Judicial Circuit in both Pinellas and Pasco counties. In her time there, she handled a wide variety of cases ranging from second degree misdemeanors and DUI’s to capital felonies and tried over 30 jury trials. While at the Public Defender’s Office, she had the opportunity to represent thousands of clients. She also had the opportunity to attend clinics with other Public Defenders around the State designed to enhance trial and advocacy skills for attorneys. This helped her develop the skills necessary to successfully defend and try cases for her clients.

After serving with the Public Defender’s Office, Shiobhan was offered a position with a criminal defense firm in the Tampa Bay area. During her time there, she successfully defended clients in criminal cases, including obtaining Not Guilty verdicts in trials for an aggravated battery with a deadly weapon and a DUI, both in Hernando County, Florida.

Due to her commitment, knowledge, passion, and zealous advocacy, she has successfully defended clients in jury and non-jury trials and has also negotiated many favorable dispositions for her clients.

Shiobhan decided to open her own firm and created Olivero Law, P.A. where she could focus her firm on her clients, giving each client her personal attention. She dedicates her career to helping clients accused of criminal offenses, as well as those with a need for representation in family law cases. She is passionate about the law, her cases, and clients, and promises personal attention to your case and individual needs.