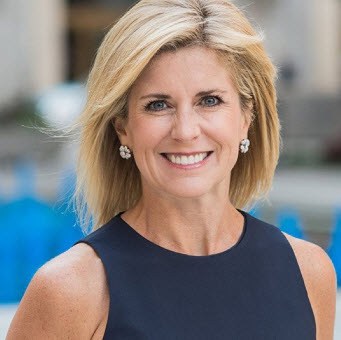 Stacey Feeley Cavanagh is a partner at Cavanagh Law Group and has more than two decades of experience handling complex and high-profile cases. Stacey specializes in personal injury, medical malpractice, product liability, negligence and wrongful death cases. Before joining Cavanagh Law Group in 2009, Stacey was a partner at a prominent Chicago law firm. Her experience litigating cases on behalf of both plaintiffs and defendants has given her expertise in both sides of the courtroom. She has been named among National Trial Lawyers Top 100 every year since 2012, was featured as one of the Leading Women in Chicago in 2017 by Chicago Woman Magazine, and was selected as a Chicago Woman of Influence by Chicago Women Magazine in 2014.

In 2014, Cavanagh was part of a trial team that successfully represented the family of John Bruce, an airline baggage handler who suffered fatal injuries as the result of a 12-foot fall from a baggage conveyor at Al-Mubarak Air Force Base in Kuwait. The impact on the tarmac caused him serious and irreversible brain damage, ultimately leading to his removal from life support less than a week after the catastrophic fall. Stacey, along with her husband and law partner Tim Cavanagh, filed a lawsuit against several defendants including CAV International, Inc., whose employee’s actions led to Mr. Bruce’s fall. Though the incident occurred outside the United States, Stacey helped to successfully have the trial moved to U.S court. After a two week trial, the jury returned a $6.65 million verdict on behalf of the Bruce family. This high-profile case helped bring justice and closure to a tense, tragic story while also providing for Mr. Bruce’s loved ones.

Stacey was also recently involved in another high-profile case that not only resulted in a significant settlement, but affected actual change in public safety. Cavanagh Law Group represented the family of one of two young men killed when their vehicle was fatally struck by a drunk, off-duty Chicago Police Officer who had a history of driving while intoxicated. During the trial, it was discovered that lawyers for the City of Chicago had failed to disclose critical, damaging evidence. Cavanagh’s extensive involvement in all aspects of trial preparation, including the analysis of the previously withheld evidence, was critical to the case’s success. Cavanagh Law Group obtained a landmark $20 million settlement which was split between both victims’ families.

Stacey began her education at Boston College where she received a B.A. in English. She earned her Juris Doctor degree at IIT Chicago-Kent College of Law, where she received the prestigious American Jurisprudence Awards for both Conflicts of Law and Advanced Legal Research.

Stacey is a mother of six and serves on the Guild Board of the Boys & Girls Club of Chicago.