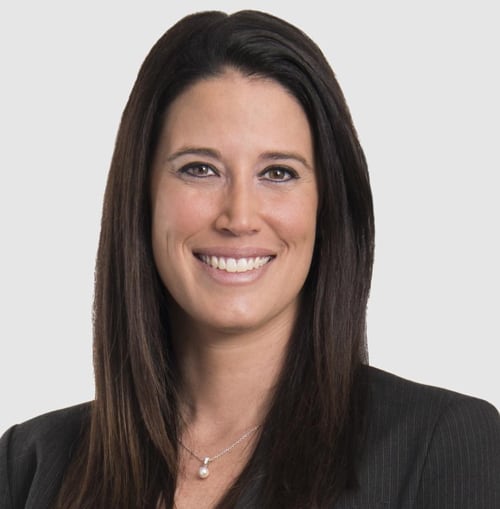 Stephanie has loved the law her entire life. When she was nine years old and people asked her what she wanted to be when she grew up, she’d say, “Supreme Court Justice.” When she was fourteen, she visited the Supreme Court. She saw the way that lawyers could shape our nation and help right a wrong for their clients. Although her career path has changed a few times, there is a common thread that runs through all of her choices—she wants to help others and use the law as a way to do so. This is evident in her work ethic and commitment to her clients.

Stephanie’s commitment to hard work and helping others started at Duke University where she graduated with a Bachelor of Arts in Public Policy. While there, she was a four-year varsity athlete on the Duke Swim Team. After graduation, Stephanie spent the next two years working in sports marketing for the Houston Texans and Reliant Energy. She then went to Pepperdine University School of Law, where she was named to the Dean’s List. While in law school, she worked for the National Football League in its Management Council Department, focusing on labor disputes and conduct policies. After graduation, Stephanie began her career as a trial lawyer, where she found what she truly loved doing.

In matters ranging from large commercial cases to complex products liability cases to personal injury cases, Stephanie focuses her practice on each client’s specific needs. As a result, she has successfully resolved disputes in both state and federal courts all over the country. Whether she’s representing an international company or an injured individual, Stephanie’s commitment to achieving the best possible outcome for her client never changes.

Stephanie was named by Thomson Reuters to the Rising Stars list in both 2019-2021. She was also named by National Trial Lawyers as one of the Top 40 Under 40 Civil Plaintiff Trial Lawyers from 2019-2022.

United States Court of Appeals for the Ninth Circuit

United States District Court for the Central District of California

United States District Court for the Southern District of Texas