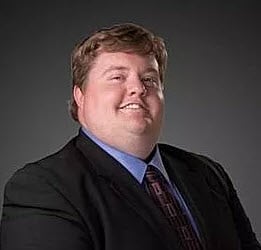 In 2005, Thomas graduated from the University of West Alabama with a bachelor’s degree in English as an Honor’s Scholar. Thomas entered the work force after college, holding management positions in two different businesses before ultimately deciding to pursue a legal career.

?In 2011, Thomas received his Juris Doctorate from Mississippi College School of Law where he graduated magna cum laude. While there, he served as the Executive Editor of the Law Review, a Member and Competitor for the Moot Court Program, Secretary for the Public Interest Law Group and as a Pupil Member of the American Inns of Court. As a part of the Moot Court Program, Thomas was the Overall Winner of the Copeland, Cook, Taylor & Bush Moot Court Competition, a National Quarterfinalist in the Rendigs Products Liability Moot Court Competition, a Quarterfinalist in the Mississippi College School of Law Top Gun Trial Competition. Thomas also received several other awards during law school including: Best Paper, Legal Research Fall 2008 and Spring 2009; two-time recipient of the annual Frisby Griffing Marble Scholarship; and two-time recipient of the annual Mississippi College School of Law Merit Scholarship.

Thomas passed the July 2012 Alabama Bar Exam and has been admitted to practice there as well. Since joining Langston & Lott, PLLC Thomas has been active in personal injury and civil litigation.