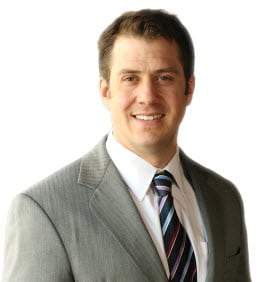 Tom Sieben was born and raised in Hastings, Minnesota. He is a third-generation lawyer in the Sieben family and devotes his practice to representing individuals. Tom graduated from St. John’s University in 1999 and from William Mitchell College of Law in 2002. He is admitted to the bar in Minnesota and in Minnesota federal courts. Tom was inspired to represent individuals while he was in law school and working for the Ramsey County Public Defender as a student attorney. He has successfully represented hundreds of clients throughout Minnesota, with trials in Hennepin, Washington, Dakota, Morrison, Ramsey, Wright, Chisago, Stearns, Blue Earth, Winona, Lac Qui Parle, Koochiching, Dodge, Isanti, Carver, Aitkin, Crow Wing, Itasca, Lake, Yellow Medicine, Scott, Anoka, Sherburne, Goodhue Counties, and Barron and Dunn Counties, Wisconsin. “I love what I do. I love this system. Our rights are vital and I fight hard to protect them.”

Tom is a past member of the Minnesota Rules of Criminal Procedure committee. Prior to that, Tom taught trial skills as an adjunct professor at the University of St. Thomas law school for several years. He has been a volunteer speaker at local schools to speak about criminal law and the work of a trial attorney.

Past Member, Minnesota Supreme Court Advisory Committee on the Rules of Criminal Procedure