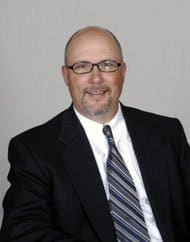 Thomas J. Wuori has been a successful lawyer for over twenty years in a wide variety of contexts. He enjoys representing only those persons whose lives have been tragically altered because of the negligence of others. While he has spent a considerable amount of time and energy on cases involving burn injuries, ranging from many major propane fires and explosions to scalding cases, Tom has also worked on virtually every type of case, ranging from aviation accidents, to product liability claims, to trucking litigation, to civil rights violations, to vehicle crashes.

Tom received his undergraduate degree with honors from the University of Michigan in 1984. He graduated from Wayne State University Law School with honors as well, having received numerous awards, including the Top Appellate Brief Award, being selected to the Wayne Law Review, and then being selected as the Managing Editor of the Wayne Law Review.

Following graduation and passing the bar examination, Tom was hired by a Federal Judge, the Honorable Ralph M. Freeman, of the United States District Court for the Eastern District of Michigan, in Detroit. There he worked closely with Judge Freeman on a wide variety of cases, from criminal to civil, from state to federal law, and multiple trials. Because the working relationship was so good, Tom accepted Judge Freeman's invitation to continue working for an additional term.

Chief Judge Julian Cook, Jr., of the same Federal Court, then offered Tom a position to work on the ongoing multidistrict litigation arising out of the Northwest Flight 255 crash at Detroit Metropolitan Airport. He accepted this challenging position, which involved working on the completion of the 18-month trial, hundreds of motions and legal issues and written opinions, and numerous fascinating evidentiary issues. Following the verdict, Tom stayed on to help Judge Cook complete the post-trial matters before the case was eventually appealed to the United States Court of Appeals for the Sixth Circuit, where it was upheld.

Having been born and raised in Marshall, Michigan, Tom and his wife, Paula, moved to Kalamazoo, Michigan and began working with some of his now current partners in the Personal Injury Section of on of Michigan's largest law firms. In 1996, Tom and his partners opened their current boutique firm, specializing only in personal injury litigation.

Since then, Tom has handled a wide variety of cases throughout Michigan and in other states. Many of his cases have involved catastrophic burn-related injuries from dormitory fires, to propane explosions and fires, to scalding injuries, as well as electrical accidents, and electrocutions. Some of the cases are outlined in the testimonials and settlements and Settlements and Verdicts sections of our website. He has achieved the highest ??AV??? rating from the nationally-recognized Martindale-Hubbell, been repeatedly listed as a Michigan Super Lawyre, and listed in Best Lawyers in America.

Tom has worked with the Safe Kids Coalition, been a mentor in the Kalamazoo Public Schools, a member of the American Burn Association, the Phoenix Society for Burn Survivors, a Board Member of the Kalamazoo Bar Association, and a Board Member of the Institute for Continuing Legal Education Litigation Committee. He has written articles for The Wayne Law Reviewand on burn-related topics in other publications. A few years ago Michigan Governor Granholm appointed Tom to serve on the State Board of Counseling, where he is currently the Chair of the Disciplinary Subcommittee along with serving on the Rules Revision Subcommittee.

Tom is dedicated not only to representing injured people but also to preventing these accidents where possible. He and the firm have made financial donations and worked with various groups and organizations to prevent burn injuries??from scalds to propane fires, for example. He has traveled throughout the entire State of Michigan, from the Upper Peninsula to virtually every part of the Lower Peninsula, representing injured people, as well as in many other states, ranging from Indiana, Illinois, to North Carolina and Florida.