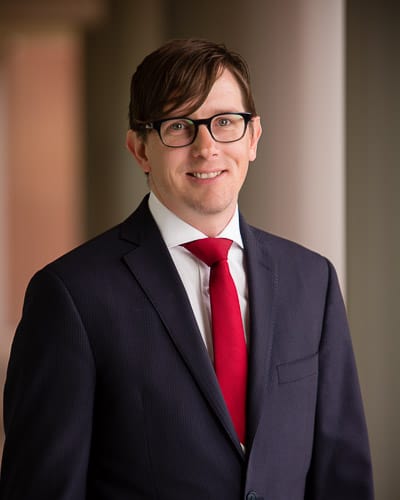 Timothy M. Garvey is a litigation attorney with the Denver Disability Law firm of McDermott Law, LLC, specializing in the areas of ERISA disability insurance, insurance bad faith, insurance coverage, insurance recovery, and personal injury. Tim is licensed to practice in all courts in the State of Colorado and has represented clients in matters before the Colorado Supreme Court, the Colorado Court of Appeals, Colorado district courts throughout the state, and the United States District Courts in Colorado, Utah, Wisconsin, and Wyoming.

Over his career, Tim has helped both people and corporations successfully resolve their disputes with insurance companies through litigation, mediation, and trial, recovering millions of dollars in wrongfully withheld insurance benefits for his clients. In 2015, Tim co-authored a chapter for the third edition of the Colorado Auto-Litigators Handbook (published by CTLA) entitled Searching for Insurance Coverage and is a co-author of two chapters in the forthcoming Fourth Edition.

Tim is a 2010 graduate of the University of Denver, Sturm College of Law. While attending law school, he worked as a research assistant for three professors and completed multiple prestigious internships including one with the Office of Legal Counsel of Governor Bill Ritter, Jr., and another with Judge Ed Bronfin of the Denver District Court. He also won a scholarship to attend The Hague Academy of International Law and had his winning paper published in the Denver Journal of International Law & Policy. Upon graduation, Tim clerked for Judge A. Bruce Jones of the Denver District Court, serving on both civil and domestic relations dockets.

Tim is actively involved in both the legal community and the community at large. He currently serves as a board member for the Colorado Trial Lawyers Association and is a member of both the membership and seminar committees. Tim also serves as a mentor for AmeriCorps volunteers serving with City Year Denver. Other professional memberships include: the American, Colorado, and Denver Bar Associations; the American Association for Justice; the Faculty of Federal Advocates; and the Plaintiffsâ€™ Employment Lawyers Association.

A native of New Jersey, but a proud Colorado resident for nearly 30 years, Tim enjoys all that living in the Mile High City has to offer, including a thriving arts scene and easy access to the Rocky Mountains. Tim also enjoys traveling with his wife to new destinations and exploring new cultures. Prior to attending law school, Tim spent nearly a decade managing one of the countryâ€™s best independent record stores (Twist & Shout Records), while simultaneously running a small Denver-based record label (Public Service Records), DJâ€™ing at several weekly events, and owning a cheesesteak restaurant (Taste of Philly) with his twin brother.