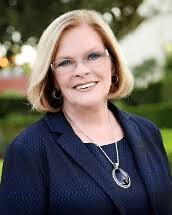 For more than 40 years, Virginia M. Blumenthal has practiced criminal defense law in Riverside. Due to her dedication, she has been named one of the Top 100 Trial Lawyers in the United States by The National Trial Lawyers. Additionally, she has been selected by her peers again in 2019 for inclusion in The Best Lawyers in America - an honor she has held for more than 30 years.

In 1975, Ms. Blumenthal, a former Riverside school teacher, opened the first woman-owned law firm in Inland Southern California. Today, she is one of the most recognized litigators in California. Her team of attorneys at Blumenthal Law Offices is devoted exclusively to defending the accused.

Ms. Blumenthal's work has been recognized by:

The President of the United States

The Governor of California

The Mayor of Riverside

The Riverside County Board of Supervisors

All Aspects of Criminal Law

Named Citizen of the Year, Greater Riverside Chambers of Commerce, 2014

Received the YWCA Women of Achievement 'Person Who Makes a Difference' Award, 2008

Named one of the "77 best female litigators in California" by Los Angeles Daily Journal, the San Francisco Daily Journal and the Sacramento Daily Recorder

Elected to four terms on the Riverside Community College Board of Trustees, with extensive service as Board President

Board member and past president of the Riverside County Philharmonic

Volunteer with the Riverside County Spelling Bee (Head Judge since 1977)

Founding governor who helped establish the Riverside Community College Friends of Forensics, to help students learn to speak in front of audiences