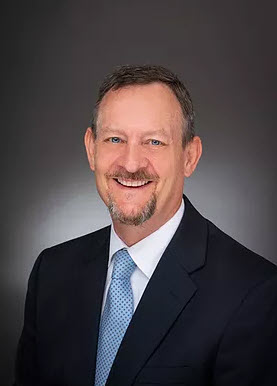 Will Harty is a partner at Patten, Wornom, Hatten & Diamonstein, LC, where he practices Virginia and maritime product liability and tort litigation and appeals. As a trial attorney, Mr. Harty and his colleagues have won several multi-million dollar product liability verdicts. In his appellate practice, Will has briefed and/or argued matters in the Fourth Circuit Court of Appeals, Third Circuit Court of Appeals, and the Supreme Court of Virginia. Will has also written or assisted in briefing before the Supreme Court of the United States. Most recently, Will assisted in writing the Brief for Respondents on the merits in Air & Liquid Systems Corp. v. Devries, No. 17-1104, in the Supreme Court of the United States.

Will is regularly consulted and retained by other firms across the nation on maritime issues, and he gives national level presentations and continuing legal education seminars on maritime law, tort litigation, and trial and appellate strategy. He is also a member of the Boyd-Graves Conference, an invitation-only conference of Virginia attorneys, judges and legislators, which studies legal issues and makes recommendations for changes to Virginia law. Will has also been asked to write amicus briefs on behalf of the Virginia Trial Lawyers' Association.

Mr. Harty was recognized by Virginia Business Magazine as one of Virginia's Legal Elites in the young lawyer category (an annual list of the top Virginia Attorneys under 40 as voted by their peers), and by Richmond Magazine as a 'Virginia Rising Star' (top 2.5% of Virginia Attorneys 40 years or younger or in practice 10 years or less) in 2007. Since then, he has consistently been recognized as a Virginia 'Super Lawyer' in the category of products liability. He has also been recognized as a 'Top 100 Trial Lawyer' by The National Trial Lawyers and has received the highest peer review rating available ('AV') from Martindale-Hubbell?.

Will is a former U.S. Army infantry officer and Airborne Ranger, and he served with the First Battalion, 504th Parachute Infantry Regiment at Fort Bragg, NC, and with the Second Squadron, 11th Armored Cavalry Regiment at Fort Irwin, CA. He led soldiers in combat operations in Panama during Operation Just Cause and in Iraq during the first Gulf War.