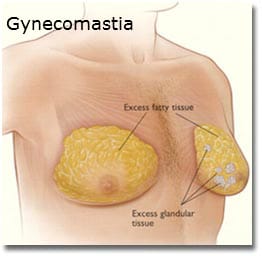 A Philadelphia jury has awarded $1.75 million to a young man on Nov. 11, 2015 who claimed his taking the antipsychotic drug Risperdal caused him to grow female-like breasts.

After only two-and-a-half hours of deliberation following a two week trial, the jury found that Risperdal, manufactured by Janssen Pharmaceuticals (a division of Johnson & Johnson), failed to warn health care providers and patients of a condition called gynecomastia, which causes boys and young men like 21-year old plaintiff Nicholas Murray to grow female-like breasts.

Plaintiff Nicholas Murray was represented by the law firms of Sheller, P.C. and Kline & Specter of Philadelphia and Arnold & Itkin ofTexas, with Jason Itkin, Cory Itkin, and Samantha Mertz on the litigation team. Chris Gomez of Sheller and Thomas Kline of Kline & Specter, who are currently litigating another Risperdal trial, assisted in the preparation of the case.

This is the fourth Risperdal gynecomastia case for Sheller law firm clients that have gone to trial. A Sheller and Kline & Specter plaintiff with similar claims was awarded a $2.5 million jury verdict in February of this year. In another lawsuit, a jury verdict returned a verdict in favor of Janssen but found the drug company failed to warn of use in boys and young men. For the past several weeks,Christopher Gomez of Sheller and Thomas Kline have been representing another Risperdal client in a trial that may conclude in thePhiladelphia courts next week.

Murray was prescribed Risperdal from 2003 to 2008 to treat symptoms associated with his autism spectrum disorder. Between 2006-2008 when Murray was in middle school, both he and his mother noticed breast growth and was teased in school during gym class. Once Murray stopped taking Risperdal in 2008, he lost weight but the breasts remained and appeared larger due to the weight loss despite a regimen of exercise.

Risperdal, originally approved in 1993 to treat severe psychotic disorders and in adults, was approved by The U.S. Food and Drug Administration (FDA) only for limited use in children and adolescents in late 2006. Prior to 2006, the drug was prescribed "off label" to children.

Attorney Stephen A. Sheller was the first to call attention to the link between Risperdal and gynecomastia and contends the drug should never have been approved for children. "The 'new' 2006 label did not then and does not now adequately warn prescribing physicians, parents and the public about the dangers of Risperdal to protect children and adolescents," says Sheller.

Sheller and Janssen have previously been court adversaries in Risperdal matters including one in which a whistleblower plaintiff, represented by Sheller, alleged the drugmaker violated the False Claims Act and engaged in illegal marketing. The case resulted in a$2.2 billion settlement between Janssen and the U.S. Department of Justice in 2013. (United States ex. rel. V.S, et al. v. Janssen Pharmaceutica Prods., L.P., No. 04-1529).