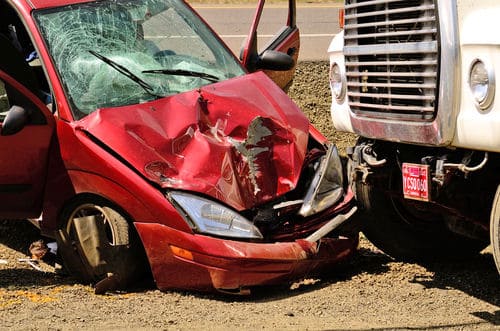 Only three out of eight of the truck's brakes were functioning, it was not operating with a tag axle as required, the steering wheel had at least seven and a half inches of play, and its speedometer and many of the safety alarms were not working.

A Pennsylvania appeals court has upheld a $10.1 million verdict in a multi-vehicle crash in Pennsylvania caused by a dump truck that ran out of control down a hill without working brakes, seriously injuring the driver it rear-ended. The truck had not been inspected before it left the garage and was in bad working condition.

Holly Ann Kuchwara was injured in a motor vehicle accident in Scranton, PA, on May 7, 2010, involving dump truck owned by Valvano Construction, Inc. and a third vehicle driven by Doreen and Steven Mazur.

A truck with bad brakes

Theodus Williams was driving Valvano’s truck when he became lost, the brakes failed, and the truck barreled down a hill in excess of 45 miles per hour, striking the Mazurs, who rear-ended Kuchwara. She sustained numerous injuries, including lacerations to her face and fractures to her leg, ankle, and back. She has since undergone multiple surgeries and has been left with pain, permanent, visible scars, an altered gait, and a significant limp.

A month-long jury trial began on August 27, 2012, where the evidence showed that, at the time of the accident, Valvano had been operating its trucks without the certifications required by the Public Utilities Commission (PUC) and the Federal Motor Carrier Safety Regulations.

The driver failed to perform a pre-trip inspection of the truck before leaving Valvano’s garage on the morning of the accident. The truck’s faulty brakes had not been properly inspected and only three out of eight brakes were functioning, it was not operating with a tag axle as required, the steering wheel had at least seven and a half inches of play, and its speedometer and many of the safety alarms were inoperable, among other maintenance issues.

On September 24, 2012, the jury returned a verdict in favor of the injured divers, awarding them $9.1 million in compensatory damages and $1.025 million in punitive damages.

On January 31, 2013, the court denied Appellant’s post-trial motions and granted drivers' motion for delay damages of $386,717.98, and filed an opinion. The trial court entered final judgment on February 19, 2013. Valvano Construction has separately appealed the verdict.