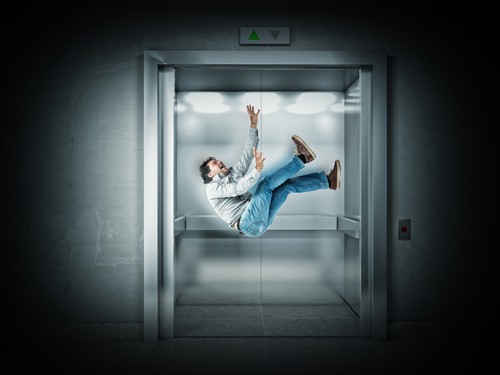 A New Jersey superior court has denied an elevator company’s motion for a new trial, instead affirming a $10.3 million jury verdict that was awarded in the second trial for a man who suffered permanent spinal injuries after a malfunctioning elevator fell two stories with the man inside.

While working as a union master carpenter at Headquarters Plaza in Morristown, NJ, Richard Tufaro, then 47 years old, was inside an elevator that malfunctioned and dropped two floors with Tufaro inside.

Tufaro suffered permanent spine damage and is now unable to return to work.  Tufaro and his wife, Sharon Tufaro, sued Schindler Eleator Corporation for its failure to properly maintain the elevator.

“It has been more than 10 years since Rich was permanently injured and unable to return to work as a master carpenter,” said Tufaro’s attorney, Andrew Fraser, a National Trial Lawyer Top 100 trial lawyer and partner at Laddey, Clark & Ryan.

A jury found for the Tufaros and returned an award of $2.8 million to Mr. Tufaro and $950,000 to his wife in 2012. The Appellate Division overturned the verdict in 2013. The second trial in 2014 resulted in a $7.75 million jury verdict for the Tufaro’s, which is now at $10.6 million because of the interest that has accrued.  Schindler Elevator Corp. filed a motion for a new trial and remittitur for excessive damages.

The New Jersey superior court denied Schindler’s motion for a new trial writing that it “failed to address the legal standard warranting a new trial in its brief to the court” and that the arguments raised had already been argued and decided by the court.

The court also denied remittitur of the damages writing “it does not shock the judicial conscience when a second jury returns a verdict nearly twice as much as the first based upon largely the same evidence.”

The court, in its 25-page decision, analyzed more than 25 related cases cited by the defendant and the Tufaros.  The court also discussed Mr. Tufaro’s permanent physical injuries, the depression, PTSD and emotional suffering he has experienced, and expert testimony that he would never return to his normal functioning.

The court also discussed the videotape of Tufaro, captured by Defendant Schindler surveillance, that showed his inability to do work from “a job he loved,” and showed Mrs. Tufaro carrying heavy groceries “into the house while Mr. Tufaro watched.

The court also discussed the defendant's missed opportunities to file submissions on the issues during oral arguments.

The opinion includes defendant counsel responses from the record when given an opportunity to be heard.  The defense counsel responded “the answer is no” and told the judge “your Honor can look at them, we could argue about them until three o’clock this afternoon, we’re never going to change our view.”

The court upheld the jury award of $7.75 million "after analyzing the case provided, considering the testimony and this Courts own feel for the case, under the totality of the circumstances, the Court has determined that the jury award should not be remitted and there was no prejudice to the Defendant to warrant a new trial.”

“We could not be more pleased for the Tufaro family,” said Fraser.  “We have now tried this case twice and been successful twice.  It is time for Schindler to accept responsibility for the permanent damage caused by their negligence.”