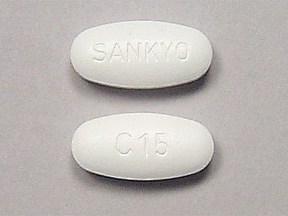 As of mid-October, there were 1,077 mass tort cases filed over hypertension drug Benicar within a Benicar MDL 2606 docket in New Jersey, where discovery has begun. The medication causes severe gastrointestinal symptoms among consumers.

Olmestaran is the active ingredient in the four medications marketed by Daiichi.

These side effects are associated with a condition called Olmesartan Induced Enteropathy, which causes the gastrointestinal issues listed above. Enteropathy is a disease of the small intestine.

The medication essentially prevents the small intestines from absorbing nutrients from food. Some patients began experiencing these symptoms within 4-6 months after starting the new regimen. The symptoms last for as long as the patient continues taking the medication. Continued use causes long-term intestinal issues.

According to a Mayo Clinic article –joined by several physicians—after completing a small study of 22 patients, the patients experienced chronic diarrhea and weight loss, and 63 percent or 14 patients were hospitalized. Some patients were misdiagnosed with celiac disease or some other intestinal ailment. Most physicians did not consider medication as the cause of the ailments.

Two years ago, the FDA issued a safety announcement advising the effects of taking Benicar.

Specifically, the communication stated “the enteropathy may develop months to years after starting olmestran and sometimes causes hospitalization . . . the sprue-like enteropathy has not been detected with ARB drugs other than Olmesartan.”

The FDA simultaneously approved warning labels for the medications to be changed, to include adequate warnings for medical providers and consumers.

This announcement prompted additional research on the issue within the medical community.

In addition to the pending cases, the Department Of Justice recently reached a $39 million settlement with Daiichi Sankyo, to settle charges that it illegally committed Medicare fraud and violated the False Claims Act for giving kickbacks to doctors who prescribed Benicar and similar medications.

Generally, when new pharmaceuticals are approved, a sales representative’s task is to educate medical providers on the changes in medical science. However, the reality is to persuade doctors to administer their drugs. In the DOJ case, doctors were taken to expensive dinners, paid for speaking engagements, and tickets.

Other lawsuits claim that Daiichi knew or should have known about the risk associated with the drugs for years and withheld the information from consumers and the medical community.