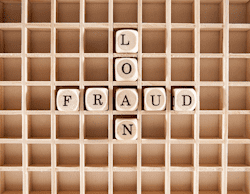 According to the lawsuit, the defendants' the group's common purpose was to steal money from victims, conceal stolen funds, and avoid legal action and collections.

A jury in Orange County, CA, awarded $11.2 million in favor of a Utah real estate developer that suffered financial losses as the result of a fraudulent lending scheme.

Defendants named in the case – Dakota Holdings, Inc., Global Business Systems, LLC, Matthew Anderson, and Claudia Lopez – were part of the Anderson Group, which misrepresented itself as a group of legitimate professionals. The group was orchestrated by Matthew Anderson. According to the lawsuit filed in 2012, the group's common purpose was to steal money from victims, conceal stolen funds and avoid legal action and collections.

The victim – Element Capital – was a developer of residential properties in Utah. Because of traditional banks' unwillingness to lend during the financial crisis, Element sought alternative sources of financing, eventually coming into contact with Anderson through a financial adviser. Court documents state that prior to entering into a funding agreement with Element in 2009, Anderson made false and misleading representations regarding his group's professional status, as well as false statements about its ability to provide funding.

Lead trial attorney Philip J. Layfield working with attorney Christopher Walton were able to expose Anderson for running a fraudulent scheme, as well as the framework for which financial manipulations were committed against victims, including Element Capital. "This successful resolution not only ensured that justice was served and that Element's losses were recovered, but also that future potential victims would not fall victim to Anderson's deceit," Layfield said.