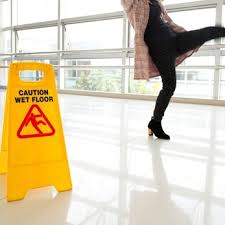 The District Court abused its discretion by not allowing the plaintiffs’ expert witness to testify.

Cruise ship plaintiffs in the 11th Circuit are getting their day in court thanks to a ground-breaking ruling earlier this year that overturned long-standing cruise ship liability precedent. Plaintiff Teresita Sorrels’ case, a slip-and-fall injury that occurred aboard a Norwegian Sky cruise liner in 2012, was revived by the 11th Circuit and may now proceed.

Sorrels was cruising with her husband several years ago when she slipped and fell on the Norwegian Sky cruise deck early one morning after a heavy rain storm. She suffered a fractured wrist as a result of the fall. The Sorrels alleged the deck, which was constructed of only teak wood material, was not designed to meet Coefficient of Friction (COF) standards for both cruise ship employees and passengers.

In slip and fall cases involving an allegedly dangerous or defective surface, the question of liability sometimes turns on (or is at least informed by) the surface’s COF, which means the degree of slip resistance. Generally, the higher a surface’s COF, the less friction there will be.

Battle of the Experts

Evidence concerning COF is usually presented through expert witnesses, but the three-judge panel of the 11th Circuit found that the US District Court for the Southern District of Florida abused its discretion by not allowing Sorrels’ expert witness to testify. The district court excluded all of the expert testimony proffered by the Sorrels, including publications that, according to their expert, set the COF standards applicable to the pool decks of cruise ships.

The circuit opinion, which was decided under maritime law principles, noted that in order for the Sorrels to establish the duty and breach elements of their negligence claim, testimony from their own expert, Dr. Zollo, was necessary. The district court had previously found Dr. Zollo’s testimony unreliable because it focused on COF-level testing he completed approximately 1.5 years after the slip and fall incident.

A Win for Cruise Ship Plaintiffs

Finding that (1) the Sorrels had failed to show “that the same conditions existed on the deck at the time she fell,” and (2) “Dr. Zollo’s COF testing area had not covered the path Ms. Sorrels traveled before she slipped,” the district court had struck the Sorrels’ expert testimony entirely. The district court also erred in excluding testimony from fellow cruise ship passengers set to testify they could not remember whether warning signs had been posted within the deck area.

Plaintiffs’ counsel Carol Lynn Finklehoff said, “We are very pleased with the decision because now our clients will get their day in court. There’s a long history on all the cruise lines of people falling in these areas, and the cruise lines always try to deny liability.”

The 11th Circuit’s decision to revive Sorrels’ personal injury action comes on the heels of a precedential decision issued by the 11th Circuit earlier this year, which opened up the door for cruise ship plaintiffs with strict liability and medical malpractice injury claims. The 11th Circuit, which has recognized the explosion of the cruise ship industry since 1988 coupled with general advances in modern technology, will continue to be a safe haven for plaintiffs injured while cruising the high seas.