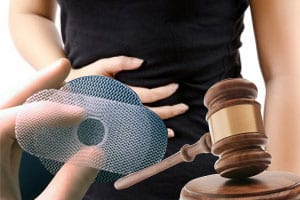 Pelvic mesh has been found to cause serious and permanent internal damage, significant pain, urinary incontinence, and repeated cases of pelvic organ prolapse.

The 11th US Circuit Court of Appeals upheld a $6.7 million award to a woman who experienced severe complications after having Boston Scientific transvaginal mesh implanted in her in 2008.

The case is one of 8,603 mass tort  actions consolidated before US District Judge Joseph R. Goodwin in MDL  2326, IN RE: Boston Scientific Corp. Pelvic Repair System Products Liability Litigation, in the Southern District of West Virginia.

Boston Scientific chose to challenge Eghnayem's verdict, and lost on all of its claims.

The case involved the Pinnacle Pelvic Floor Repair Kit, a transvaginal mesh prescription medical device manufactured and sold by Boston Scientific. After it was inserted, Eghnayem began to experience bleeding and pain during intercourse, incontinence, and pelvic pain and pressure. The mesh had exposed through her flesh and she had to have two corrective surgeries, which left her with diminished sensitivity.

She charged that the Pinnacle mesh was defectively designed and that Boston Scientific failed to warn about its dangers.

On appeal, Boston Scientific said that the trial court erroneously consolidated the four lawsuits arguing that individual issues predominated and the consolidation resulted in prejudice to the company. It also argued that the District Court improperly excluded evidence concerning the Pinnacle’s clearance through the U.S. Food & Drug Administration’s short-cut 510(K) process.

The appeals court shot down both arguments.

“Although each plaintiff’s proof of causation was necessarily different, generally differences in causation are not enough, standing alone, to bar consolidation of products liability claims,” the appeals court said. "And any danger of prejudice arising from the consolidation was reduced in this case, because the district court explained the consolidated nature of the trial to the jury and expressly instructed it to consider each plaintiff’s claims separately.”

The appeals court also ruled that the trial court had acted within its discretion in excluding evidence about the Pinnacle’s 501(k) clearance, which allows a medical device to come to market without undergoing clinical trials to prove that it is safe and effective.

"BSC claims that the evidence is relevant because the plaintiffs based much of their case on the theory that BSC didn’t perform sufficient safety testing,” the appeals court said. “But these points simply beg the question; because 510(k) is not a safety regulation, approval under that process cannot show that BSC performed sufficient testing or complied with applicable safety regulations.”

In a recent Form 10-Q filing with the U.S. Securities and Exchange Commission, Boston Scientific said that it had been named a defendant in more than 48,000 product liability claims involving its transvaginal mesh devices in the US, Canada and UK.