$15.57M Verdict Against Driver and Broker in Trucking Accident Case 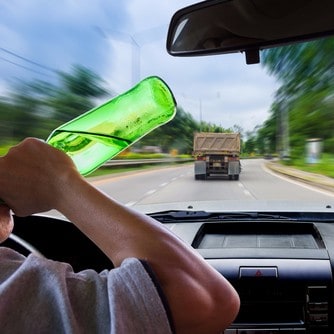 A Philadelphia jury awarded $15.57 million to a pedestrian who was struck by a drunken commercial truck driver, who had a history of drunk and reckless driving that the company failed to discover.

"Had J.B. Hunt performed even the most cursory background check, it would have discovered Hatfield's terrible driving history that included a prior DUI while operating a tractor-trailer, and a prior reckless driving charge," Feldman said.

Over 4X the Legal Alcohol Limit

On November 19, 2013, plaintiff Isaac Espinoza was standing on the shoulder of I-81 in Gilford Township near Chambersburg, Pennsylvania, assisting a friend whose vehicle had become disabled.

While lawfully on the shoulder of the roadway, a truck-tractor operated by defendant  Hatfield left the travel lanes of the road and crashed into Espinoza and his friend. Hatfield fled the scene but was later apprehended and arrested by the Pennsylvania State Police.

His blood alcohol content measured .171, more than four times the legal limit for operators of commercial vehicles. Hatfield was convicted of DUI, assault with a commercial vehicle while intoxicated and other offenses, and is presently incarcerated.

In March 2013, Hatfield received motor carrier operating authority from the Federal Motor Carrier Safety Administration to have his own trucking company. He was recruited to haul freight as a contract motor carrier by J.B. Hunt’s brokerage division, which entered into contracts called “Outsource Carriage Agreements” with motor carriers, who were often one-driver, one-truck operations like Ricky Hatfield’s.

While the contract required the motor carrier applicant to certify that its drivers had no DUIs or reckless driving citations in the past 5 years, no effort was made by J.B. Hunt to conduct a background check to corroborate Hatfield’s claim of a clean record, or to otherwise obtain references or information about the safety history of Hatfield.

Had J.B. Hunt checked, it would have learned that Hatfield had in the preceding 5
years had a conviction for DUI while driving a tractor-trailer, two reckless driving violations, a speeding citation for driving a commercial vehicle in a construction zone, and had been dismissed from prior employment with a trucking company for failing a drug and alcohol test during which he tried to bribe the person who was administering the test to him.

Defense: Driver Should Have Screened Himself

J.B. Hunt maintained that it had no responsibility to screen or vet Ricky Hatfield, who was doing business as Hatfield Trucking. J.B. Hunt contended that under applicable federal regulations, motor carriers were responsible for screening their own drivers, and that accordingly, Ricky Hatfield should have screened himself.

The plaintiff needed to establish that Hatfield was actually performing work under the contract at the time of the accident. Hatfield, testifying by video deposition taken at the prison where he is incarcerated, stated that he was not working for J.B. Hunt or anyone else at the time of the accident, but rather had the day off, and had made a personal decision to become intoxicated. Another issue was that when the accident occurred, Hatfield was 125 miles away from the location he had been dispatched to and was headed in the opposite direction.

To counter this testimony, Plaintiff introduced evidence that on the day of the accident:

• Hatfield was under dispatch by J.B. Hunt to pick up a trailer in Fredericksburg, Virginia the following day, and remained under dispatch at the time of the accident.
• The dispatch had been confirmed by a load tender form sent to Hatfield by J.B. Hunt.
• Hatfield had used his J.B. Hunt debit card to purchase nearly $500 worth of diesel fuel in preparation for picking up the load the following day.
• Hatfield had also used his J.B. Hunt debit card to obtain a $100 cash advance, which he used to buy the bottle of liquor found outside his truck after the accident
• Hatfield was operating his tractor, rather than his personal vehicle, because he needed the tractor to hook up to trailers in his work for J.B. Hunt.

He requires attendant care 24/7, which is provided by his family at his home. Espinoza suffers chronic pain unrelieved by medication, and he will never be able to engage in gainful employment or recreational activities for the rest of his life.