$19.3 M Awarded to NJ Motorcyclist Hit from Behind 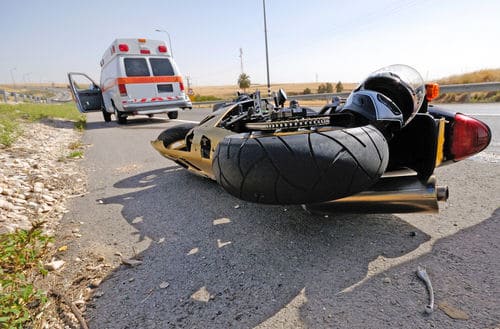 Geico insurance made no offer to settle the case before the trial.

One of the largest jury verdicts in New Jersey was awarded to a Vernon, NJ, man who was seriously injured when he was rear-ended by a pickup truck in a motorcycle accident.  The case is the highest verdict thus far in the entire state and the top five in the state history.

Steve Vissagio, 62, and his wife Barbara, 60, were awarded $19.3 million dollars on May 22. The award concluded four days of testimony before Superior Court Judge Edward Gannon regarding the injuries suffered by Steven Visaggio, 62. He was traveling north on Route 23 in Sussex Borough when he was hit from behind by another motorist. He sustained a permanent spinal, neck and shoulder injury.

Mr. Vissagio was awarded $15.5 million and Barbara was awarded $3.8 million dollars, in per quod damages, which under New Jersey law recognizes the other spouse’s suffering and loss.

Visaggio, a father of eight children, was not able to return to running his business, AB&S Home Improvements, for several months after the accident, according to Andrew Fraser, of Laddey, Clark & Ryan, the attorney representing the Vissagios. He added that Visaggio would likely require spinal surgery in the future in addition to the shoulder surgery he already has undergone.

“We are so grateful to the jury for understanding the seriousness of this case,” said Fraser. "The most amazing fact about this case is that insurance carrier representing the defendant refused the Visaggio’s request to settle this case for $250,000.00.  Geico made no offers to settle before this trial started.”

“I think I’m most happy with the fact that not too long ago, if you were injured in Sussex County, your injury was worth less because the juries up here were not awarding damages. This helps everyone because now when the next person is badly injured in Sussex County, insurance companies will know they better pay attention and treat people fairly,” Fraser told the New Jersey Herald.

The verdict breaks the previous Sussex County record of $1.4 million awarded by a jury in a personal injury lawsuit in May 2013 for damages suffered by a Montague couple, who were also represented by Fraser and Timothy Dinan. The wife in that case, like Steven Visaggio, was rear-ended in March 2007 by a motorist on Route 206 in Frankford.