$2.28M Verdict for A Woman's Fall at a NegligentÂ Apartment Complex 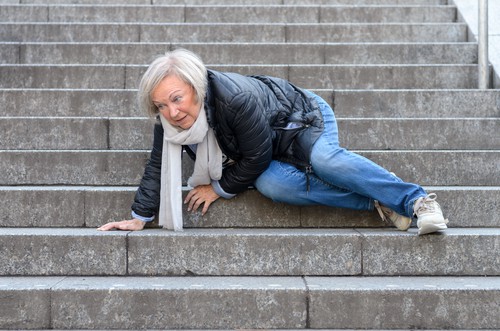 A Florida woman recovered a $2,228,679 jury verdict after seriously injuring her back in a trip-and-fall down stairs in a negligent apartment complex.

Attorney Tim Moran, assisted by attorney Ashley Winstead of Morgan & Morgan, represented Rosetta Harris of Atlantic Beach, FL, who struggled with a pre-existing medical condition that caused her back pain for over seven years prior to the accident. Her condition was greatly worsened by the painful trip-and-fall down a poorly-maintained set of stairs in the apartment complex, according to the complaint.

Her injuries required a visit to the emergency room, as well as costly long-term medical treatments such as chiropractic care and pain management.

Despite the high cost of her medical treatment, Ms. Harris's insurance company initially offered her nothing, blaming her serious back injury on her pre-existing condition, rather than the trip-and-fall that only occurred due to the negligent conditions of the apartment complex building's stairway.

The defense's highest pre-trial offer — $50,000 — did not even begin to cover Ms. Harris's prior medical expenses caused by her accident, let alone future treatment. That's why Moran took the fight to court to get his client the fair verdict she deserved to heal from her injuries.

The jury disagreed with the insurance company's assessment of Ms. Harris's injuries and reached a jury verdict of $2.28M to compensate the client for her pain and suffering, past and future medical bills, and other damages.

Furthermore, the jury found the apartment complex where Ms. Harris's accident took place to be 100 percent at-fault for the injuries she suffered due to negligence on the property.

"Ms. Harris was seriously injured as a result of falling down the apartment complex's negligently maintained steps, and it was apparent that no one at the apartment complex took her injuries seriously," said Moran. "I am so glad the jury took her case seriously, and returned a fair and just verdict, which will allow Ms. Harris to obtain the future medical care she will require, as well as compensate her for the effects the injuries from the fall have had on her life."

The case is Rosetta Harris vs. PBH Mayport, LLC, d/b/a Promenade at Mayport and B H Management Services, LLC, case number 16-2015-CA-2989, in the Circuit Court, Fourth Judicial Circuit, in and for Duval County, Florida.