$2.88M Verdict in Med-Mal Case of Man Driven to Suicide by Pain 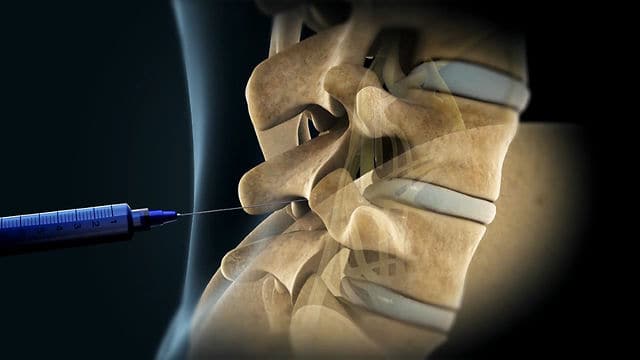 The family of a mentally ill man who was driven to suicide by pain was awarded $2.88 million in damages by a jury in Johnson County, KS, on March 21.

The case was initially filed on behalf of Joel Burnette, in January of 2009 while under the care of Dr. Kimber L. Eubanks of Pain Care, P.A. In the week following the first treatments, Burnette developed a lump at the site of the injection.

Burnette testified that he told the nurses at the pain care center about the lump when he returned for the next injection but was told it was “no big deal.”

The doctor and staff vehemently denied that they were informed  about the lump by Burnette or that there was a lump or any abnormality on his back.  However, they and their experts agreed that it would be below the standard of care to perform this elective procedure in the face of any sign or symptom of an infection.

Following the second injection over the next seven to eight days Burnette developed an epidural abscess, deep tissue infection and antibiotic-resistant meningitis. Because of the extent of the infection adjacent to his spinal cord, he was diagnosed with arachnoiditis -- severe, stinging back pain pain -- and cauda equina syndrome - compression of the spinal nerve roots -- which left him disabled due to nearly constant spine and leg pain, difficulty with walking, loss of bowel control and impotence.

Burnette had been diagnosed with bipolar disorder as a young adult and had a fairly significant psychiatric history.  In February 2013, unable to endure the constant physical and emotional pain, Burnette took his own life.

Scott Nutter and John Parisi Shamberg of Johnson & Bergman in Kansas City, MO, brought a wrongful death case on behalf of Burnette's parents as well as survival action on behalf of his estate.  The attorneys asserted that Burnette's suicide was caused by his underlying medical condition brought about by the negligence of the defendants.

Although initially indicating that they were going to compare Joel’s fault for not informing the doctor and staff of the lump on his back, that allegation was withdrawn by the defense when they put on their case. In the end they took the position that there was nothing abnormal to report to the doctors, so Joel could not be at fault for not reporting it.

The jury deliberated for over two days. They returned a verdict for the plaintiffs.  They awarded $2.88 Million, most to the estate of Joel Burnette. The jury assessed 75% of the fault to the Dr. Kimber L. Eubanks and 25% to the staff of Pain Care, P.A.