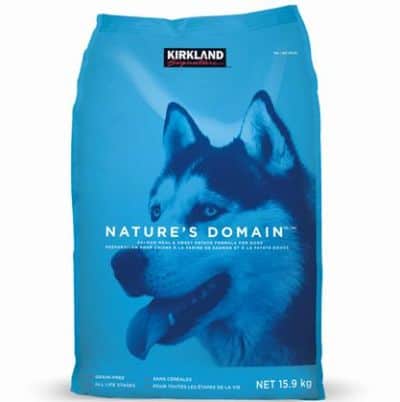 Costco Wholesale Corp. and Diamond Pet Foods Inc. agreed to pay $2 million to settle a class action lawsuit over dog food that caused a salmonella outbreak that sickened an untold number of pets and dozens of people who handled the food.

The case was filed by Barbara Marciano, whose dog Benji died after eating Kirkland Signature Nature's Domain pet food she bought at a Westbury, N.Y., Costco and manufactured at Diamond’s plant in Gaston, S.C., where the outbreak began.

She filed suit in federal court in Brooklyn, charging the company with negligence, breach of warranty, product liability, unjust enrichment and violations of state law. Diamond made three recalls of nine brands of dry pet food in 2011 and 2012.

Diamond is a major manufacturer of pet foods and sells them under several brands:

[sws_yellow_box box_size="550" box_align="right"]Get legal news for consumers delivered into your email inbox by subscribing with the form on the right side of the screen. [/sws_yellow_box]The FDA’s inspection of the Gaston facility in 2012 exposed an array of problems, including the following: (i) that
“[a]ll reasonable precautions [were] not taken to ensure that production procedures do not contribute contamination from any source”; (ii) that the Company failed to “provide hand washing and hand sanitizing facilities at each location in the plant where needed”; (iii) that the Company failed to “maintain equipment, containers and utensils used to convey, hold, and store food in a manner that protects against contamination”; and (iv) that the Company failed to “maintain equipment so as to facilitate cleaning of the equipment.”

Pet owners who handled the dog food also became sick. The Centers for Disease Control and Prevention announced a multi-state outbreak in April 2012 in which 49 people in 20 states developed salmonella infections – all linked to Diamond Pet Foods. Symptoms include headache, fever, stomach and abdominal cramps, diarrhea and vomiting.