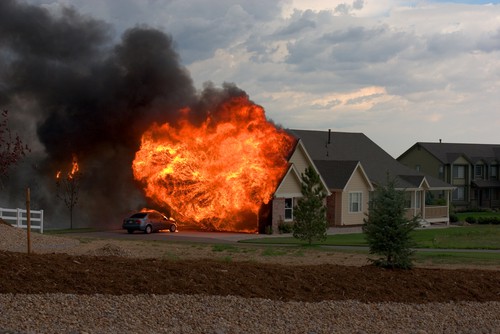 A California Court of Appeals has upheld a $20 million verdict against the Southern California Gas Company (SoCalGas) for a natural gas leak and fire that caused second and third degree burns and brain damage to a man when he lit a cigarette in his rented converted garage room.

Pengxuan “Dean” Diao sued SoCalGas and the owners of the home in which he was renting the converted garage when he was 23-years-old.

A SoCalGas employee restored gas service to the main house after an earthquake shutoff valve stopped gas to the property. While attempting to relight a pilot light, the employee inadvertently opened a gas line leading to the converted garage.

While Diao was sleeping in the converted garage, his bedroom filled with about 300 cubic feet of natural gas.  When he awoke, he lit a cigarette and then saw fire engulf his room.  After running out, he noticed skin falling from his arm and was transported to the hospital.

Diao suffered from second and third degree burns on 20 percent of his body including to his face, neck, both upper extremities including hands and digits, right lower back and right lower extremity.

He required several painful treatments, including surgery for debridement and skin grafting.  Plaintiff now has severe hyperpigmentation and areas of severe burn scarring.

Diao sued SoCalGas who stipulated to its negligence as a substantial factor in causing Diao’s harm, but denied its negligence to the extent of harm that Diao claimed.  Initially Diao included the above listed injuries.  At his deposition a year after filing his complaint, Diao commented on memory loss and raised for the first time a “potential brain injury claim.”

Diao’s counsel later submitted the traumatic brain injury as a claim, stating they were unaware of it until after the deposition of Neurologist, Dr. Fisk, whom Diao previously retained.  SoCalGas and the homeowners also hired neurologists to have Diao examined.

The court commented “there were games being played” and that the situation was “all problematic,” but allowed the inclusion of the traumatic brain injury claim and neurologist reports because the initial neurologist report was disclosed and parties were given an opportunity to explore it.

SoCalGas and the homeowners moved for partial judgment notwithstanding the verdict for a new trial claiming discovery abuses related to the traumatic brain injury (TBI) claim and that Diao presented insufficient evidence of TBI.

They also moved for a reduction in the damages award claiming Diao’s counsel made improper arguments that resulted in an excessive and punitive damages award.

The Court of appeals in reviewing the trial court record, found that substantial evidence was presented at trial to demonstrate that the gas leak, caused by a SoCalGas employee, caused Diao’s Traumatic brain injury.

SoCalGas argued that while making arguments to the jury, Diao’s counsel referred to SoCalGas as a “bully” and “vilified” SoCalGas by “inviting the jury to punish” them for unproven injuries to other hypothetical victims and referring extensively to its wealth and “unlimited resources” used in the case.

The court found that SoCalGas counsel, “did not make any effort to stop the alleged misconduct with even one objection.”

The court agreed with SoCalGas’s characterization of Diao’s counsel’s actions, writing, “We do not condone, and in fact strongly disapprove, Diao’s counsel’s conduct,” but found that his arguments did not “constitute reversible misconduct.”

The court further found that the damage award was not excessive or disproportionate to other awards given for comparable injuries.  In upholding the verdict amount, the court wrote that in light of Diao’s severe and debilitating injuries, the case must be determined on its own facts, and not in comparison to awards of other cases.

The case is Pengxuan Diao v. Southern California Gas Company, case number BC481312 in the Court of Appeal of The State of California, Second Appellate District.