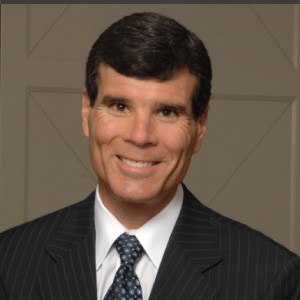 CORAL GABLES, Fla. -- Attorneys Ervin A. Gonzalez and Patrick Montoya, partners at the Coral Gables-based law firm Colson Hicks Eidson, secured the largest jury verdict in Ocala history for a family involved in a devastating car accident that left five family members, including four children under the age of 12, with permanent and life altering injuries. After a weeklong trial, a jury in the Fifth Circuit Court of Florida in Marion County awarded the Ocala family $52 million in damages in an auto negligence lawsuit.

On Dec. 6, 2013, plaintiff Yolanda Aldana was driving her 2011 Nissan Sentra with her four minor children as passengers. She was stopped at a red light on Maricamp Road at the intersection of SE 31 Street in Ocala when she was struck from behind by the Defendant, Nathan Pyles, who was traveling at a high rate of speed. The force from the defendant’s 2012 BMW caused Aldana’s vehicle to plow into the vehicle in front of her that was also stopped at the red light. Aldana and her four children were severely injured and suffered permanent disfigurement and other injuries as a result of the accident.

Kenneth Herrera, 23 months, suffered severe injuries, including brain and cervical spine injuries, a fractured pelvic, and multiple fractures to his left leg. He underwent numerous surgical procedures, including an insertion of a tracheostomy and feeding tube, bone grafting, and a cervical spine fusion. He is now a paraplegic with no use of his hands, bladder and bowel control.

Anthony Martinez, 10, suffered multiple severe injuries, including a lacerated liver and spleen, degloving of right lower torso, pelvic fractures, a dislocated right hip, and a sciatic nerve injury. He underwent multiple surgical procedures, including skin grafting, and an exploratory laparotomy, and colostomy, coccygectomy surgery, and an insertion of a traction pin through leg and bone. He will require several more surgeries for his injuries.

Kevin Martinez, 12, suffered head and neck injuries, a broken jaw, and bilateral fractures to both legs. He underwent multiple surgeries and was temporary intubated due to an unstable spine.

Alejandro Aldana, 8, suffered a laceration to the left leg, subsequent infection and abscess, an altered gait, lower back pain, and bruising from airbags.

"We can't bring back the health of this family who suffered devastating injuries, but at the very least, we can bring them some dignity and respect that they deserve and quality ongoing health care that they so desperately need,” said Gonzalez, who represented the plaintiffs at trial along with co-counsel Montoya.

The Law Firm of Colson Hicks Eidson is a trial firm with nearly 50 years of experience handling local, national and international litigation, and arbitration. Members of the firm have been involved in some of the country’s most high-profile and landmark cases resulting in impactful and precedential rulings.