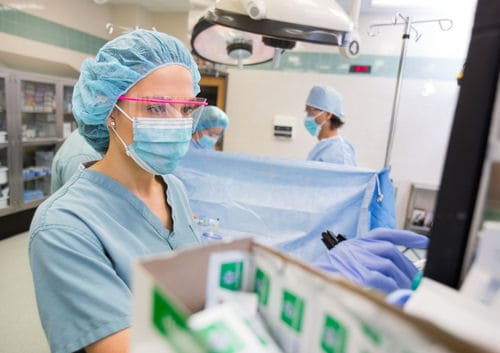 A Chester County, PA, jury reached a verdict of over $32.8 million dollars in favor of Leslie Proffitt on behalf of her infant daughter Lillian and against two former Phoenixville Hospital nurses.  Included in the award were over $31 million in future medical expenses, $1 million for past and future non-economic damages and $800,000 for future lost earning capacity.

After being admitted in early labor at Phoenixville Hospital, Lily's mother was placed on a fetal heart monitor, a safety device designed to monitor a baby's heart rate for any dangerous changes.  Lily's attorneys proved that fetal heart monitors warned the nurses that Lily had suffered a heart deceleration that became a bradycardia, a life threatening condition.  Although the condition persisted, the nurses failed to inform the physician in a timely manner, leading to delays in treating the condition.  The delays caused brain damage that led to Lily's spastic quadriplegic cerebral palsy.

"This is an important case in the history of Chester County," said Jason Archinaco, one of Lily's co-lead trial counsel.  "The jury has clearly stated with its verdict that the care provided to Lily was not the standard of care in Chester County.  And, I believe that jury has also made it clear, that what occurred that night shall not be the standard of care going forward in Chester County.  Not only did they find for Lily but by rendering this verdict, the unanimous jurors made their community a safer place, and I count them among my heroes."

Co-lead counsel Robert Bracken also commented:  "In rendering their verdict, the jury ensured that Lily will receive the best care possible and that all of her future medical needs will be fully met."

The verdict is believed to be one of the largest jury verdicts in Chester County history.