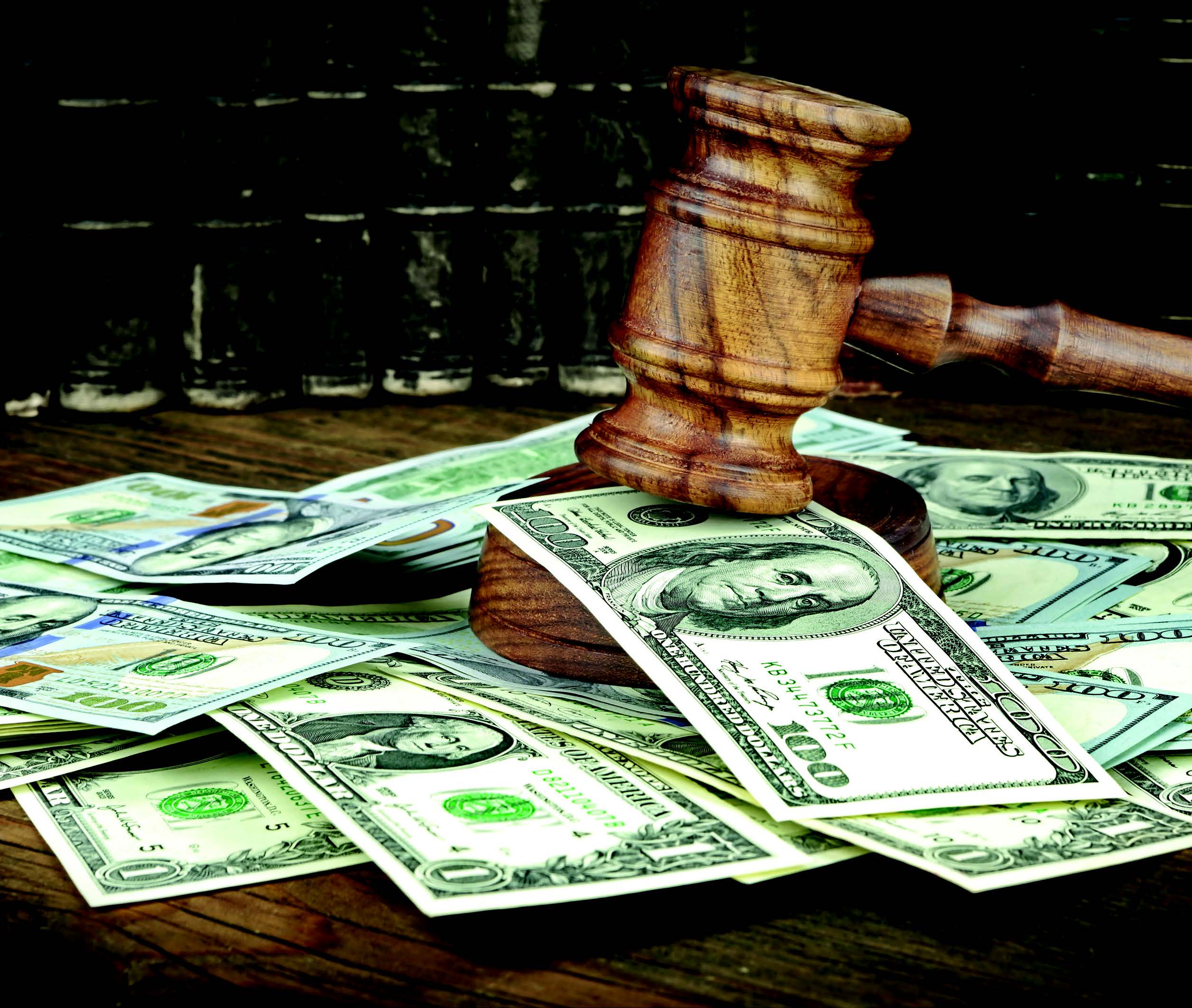 As 2016 comes to a close, it is worthwhile to look back in the year that was. From jury verdicts totaling $172 million awarded in two talcum powder cases and $70 million in a Risperdal action to the bulk dismissal of claims in the New Jersey Accutane multicounty litigation and federal Mirena lawsuits — the past twelve months have reaffirmed that the mass tort arena remains largely unpredictable.

Nevertheless, certain court decisions rendered over the year may provide litigators some guidance looking ahead. Below is a brief compilation of some of the most influential mass tort holdings of 2016.

The Third Circuit in April 2016 held that the estimated $1 billion settlement reached by National Football League (“NFL”) and more than 20,000 retired NFL players while “not perfect,” was fair. In In re: Nat’l Football League Players’ Concussion Injury Litigation players claimed that they sustained concussive and sub-concussive hits while playing for the NFL, which put them at risk for repetitive head trauma. The players argued that the NFL had a duty to warn them of the short and long-term risks associated with such trauma, including Alzheimer’s disease, dementia, depression, and a newly recognized disease called chronic traumatic encephalopathy (“CTE”), but instead, ignored, minimized, or “outright suppressed” information regarding causal relationship.

The parties reached a settlement in principle on August 29, 2013. The settlement, later revised, provides an uncapped monetary fund to compensate retired players, a $75 million baseline assessment program that gives eligible retired players free examinations, and a $10 million education fund dedicated to instructing football players on injury prevention. Included in the settlement is a provision that releases all claims and actions by participating claimants against the NFL “arising out of, or relating to, head, brain and/or cognitive injury as well as any injuries arising out of, or relating to, concussions and/or subconcussive events,” such as CTE.

The settlement received final approval by the District Court on April 22, 2015, but then was appealed by certain objectors.

In affirming settlement approval, the Third Circuit relied upon the lower court’s thorough 123-page analysis to determine that the agreement was fair, reasonable and adequate.

Notably, the Court of Appeals determined that the class was adequately represented despite challenges objectors raised. In cases like this, involving a divided class of people holding present and future interests, a conflict of interest may arise. To overcome the conflict of interest within the class, “there must be structural protections to assure that differently situated plaintiffs negotiate for their own unique interests.” Here, the plaintiffs’ counsel used a subclass structure to protect the divergent interests of the retired players, which the Third Court stated, “alone [was] a significant structural protection for the class that weigh[ed] in favor of finding adequacy.” The Court also cited the uncapped and inflation-adjusted awards, the guarantee of a baseline assessment examination, and the presence of a mediator and special master as structural protections.

Despite the Third Circuit’s holding, two groups of objectors filed petitions for writ of certiorari with the U.S. Supreme Court. Unfortunately, the settlement will not become effective unless and until all appeals are exhausted and resolved in favor of the settlement.

The term “Lone Pine Order” has its origin in a 1989 New Jersey Superior Court toxic tort case, Lore v. Lone Pine Corp. In that action, involving 464 defendants, the court issued a case management order requiring the plaintiffs to provide basic information in support of their personal injury and property damage allegations, such as reports of treating physicians and real estate experts.

Since that order, judges in large, complex environmental litigations have primarily utilized Lone Pine orders as a pre-discovery tool. However, in June that changed when U.S. District Court Judge Rebecca Pallmeyer issued a Lone Pine order in the mass tort context, in In re: Zimmer NexGen Knee Implant Liability Litigation.

In what was characterized as a rare move, Judge Pallmeyer determined that such an order was necessary in the MDL to ensure that certain cases had merit to proceed to trial. Under the order, the plaintiffs were required to submit expert declarations to show each case met certain requirements, like implantation of the knee replacement product and evidence of loosening of the device components.

While many sources attribute Judge Pallmeyer’s aggressive case management decision to difficulties associated with selecting cases for bellwether trials, the order could end up being more — the beginning of a trend in mass tort litigations to manage dockets.

#2 — Bankruptcy May Not Bar Tort Claims

In July, the Second Circuit issued an opinion that allowed hundreds of personal injury and economic damage claims arising from faulty ignition switches to proceed against General Motors (“GM”), even though the claims arose prior to GM’s sale of its assets in bankruptcy.

General Motors Corporation (“Old GM”) petitioned for Chapter 11 bankruptcy protection on June 1, 2009. Rather than preparing a traditional Chapter 11 reorganization plan, Old GM decided to sell its assets to a successor corporation. Under the Sale Agreement, which the bankruptcy court approved (the “Sale Order”), General Motors LLC (“New GM”) acquired all of Old GM’s assets “free and clear of all liens, claims, encumbrances, and other interest of any kind or nature whatsoever, including rights or claims based on any successor or transferee liability.”

Thereafter, in early 2014, New GM issued its first recall related to the ignition switch defect. Within months, plaintiffs filed dozens of class action lawsuits alleging that the faulty ignition switch caused personal injuries and economic losses both before and after the Sale Order was issued.

In front of the bankruptcy court, GM contended that any accident claims raised by plaintiffs that occurred prior to the Sale Order and economic loss claims based on the ignition switch defect were barred. The bankruptcy court agreed and the plaintiffs appealed to the Second Circuit.

The Second Circuit reversed the bankruptcy court’s determination, holding that while the “free and clear” provision of the Sale Agreement covered any personal injury that occurred prior to the Sale Order and any economic claims arising from the ignition switch defect, the plaintiffs could not be bound by the terms of the Sale Agreement.

In reaching its conclusion, the Court reasoned that procedural due process required that GM provide direct mail notice of the bankruptcy proceedings to plaintiffs with ignition switch claims. The Court determined that Old GM knew or should have known that the defect caused stalls and was linked to airbag non-deployments by May 2009, and thus, the claimants were entitled to notice beyond mere publication. The Court further held that absent such notice, the plaintiffs were prejudiced since it was not certain that the outcome of the § 363 sale proceeding would have been the same had Old GM disclosed the ignition switch defect and had plaintiffs been given an opportunity to object to the “free and clear” provision. Thus, the Court concluded the Sale Order could not be enforced so as to enjoin those plaintiffs’ claims.

In the mass tort litigation, 86 California residents and 592 residents of 33 other states sued Bristol-Meyers Squibb Co. (“BMS”) for injuries allegedly arising out of the use of Plavix, a prescription drug used to prevent blood clotting.

While the California Supreme Court concluded that BMS was not subject to the general jurisdiction of California courts, it held that it was subject to specific jurisdiction over nonresident plaintiffs’ claims. The Court found that it was reasonable to join claims of California and nonresident plaintiffs because they arose from the same course of conduct, and because BMS had extensive contacts with California, which included “extensive marketing and distribution of Plavix, hundreds of millions of dollars of revenue from Plavix sales, a relationship with a California distributor, substantial research and development facilities, and hundreds of California employees.”

Unless the U.S. Supreme Court overturns this decision, non-California residents who file claims in mass tort actions filed in California state courts will not have their claims excluded.