Doctor Ordered to Pay $9.1M for Malpractice in Progressive Amputations 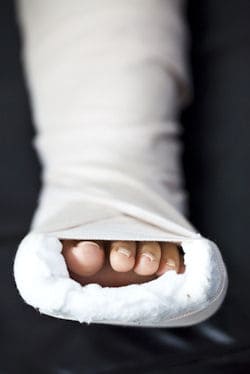 The patient developed multiple infections after foot surgeries that resulted in having his entire leg amputated.

A jury in New York ordered a doctor to pay $9.1 million in damages for medical malpractice after amputating a man's toe, then other toes, then part of his leg, then all of his leg in 12 surgeries over several years. Infections that occurred after the surgeries caused the following amputations to take place.

The State Supreme Court jury awarded $2 million to Donald R. Schultz, a former City of Tonawanda public safety dispatcher, for past pain and suffering, $4 million for future pain and suffering and $2.8 million for past and future medical expenses and loss of wages. The jury also awarded his former wife $350,000 for loss of services.

The jury returned the verdict against Dr. Michael A. Parentis, who treated Schultz from 2005 to 2009, and the Knee Center of WNY, which has offices in Amherst and Orchard Park.

Schultz, now 45, sought treatment for a broken ankle in October 2004 after he fell on steps on his way to work as a City of Tonawanda public safety dispatcher. After he got treatment from a different physician, Schultz felt pain on the side of his foot near his little toe, evidence of an unusual nerve disorder, apparently caused by the ankle fracture, said Jeffrey A. Black of Olean, attorney for Schultz.

In July 2009, Parentis amputated the leg below the knee, the attorney said. Schultz developed another post-surgical infection, requiring amputation of the remaining leg above the knee, Black said. That surgery was performed in September 2009 by another doctor. In all, Parentis performed 12 surgeries on his client, Black told the Buffalo News.

Schultz worked until the amputations in 2009, when he became disabled. He filed a medical malpractice lawsuit against the doctors who treated him. The jury delivered the verdict earlier this month before Justice John M. Curran in Buffalo, Black said.