$5M Verdict Against Doctor Who Treated Fatal Disease with Tylenol 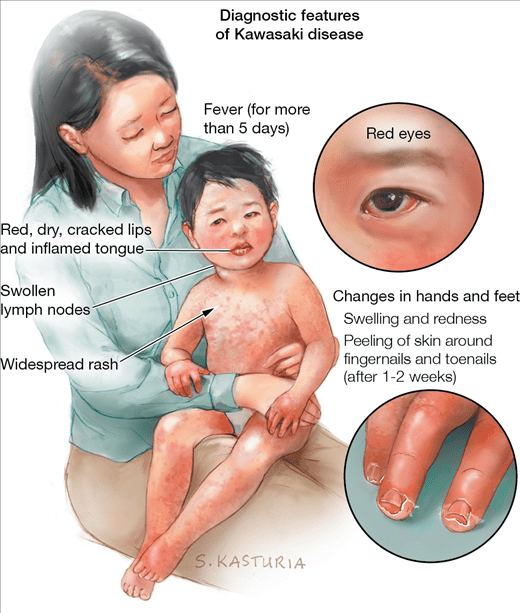 A jury in Tulsa, Oklahoma, has found a medical clinic and a pediatrician negligent, for failing to see obvious signs of Kawasaki disease, which led to the death of an 8-month-old girl. The jury awarded $5 million in damages after the defendants made no offer to settle.

The doctor erroneously diagnosed a virus and prescribed Tylenol while the fatal disease progressed. Parents Lo Vangseng and Nao Vang, residents of Broken Arrow, OK, charged that the death of their daughter in 2011 would have been easily prevented if she had been correctly diagnosed and treated by pediatric infectious disease doctor Dr. Michael Chang at the Warren Clinic Inc., a division of the Saint Francis Health System.

The fact that the infant was of Asian descent and that her sister – Isabella – had also developed the disease made her a high-risk patient, according to the parents' attorney, David Norton of the The Law Office of Robert Schwab in Dallas, Texas. Norton and Robert Schwab are both members of The National Trial Lawyers Top 100 Lawyers.

The disease is known to occur in Asians more frequently than in other ethnicities, and when a sibling has it, the risk goes up significantly, Norton said.

“Kawasaki disease is #1 acquired heart disease of young children. Pediatricians are well aware of the disease,” Norton said. It is diagnoses by a collection of symptoms:

It’s very treatable, by giving Intravenous Immunoglobulin, a blood product that calms the disease. “Kawasaki disease is an inflammation of the blood vessels,” Norton said. “It’s dangerous because it’s the only childhood illness that causes inflammation of heart muscle and damage to the coronary arteries.”

Madisyn was 8 months old when she had a fever on July 16, 2011. Her parents took her to the emergency room. Her mother went back to the pediatrician on July 18, who he suspected Kawasaki disease and sent her to hospital for echocardiogram and diagnosis.

“A key point is that the girl was Asian, and they are at much higher risk. Her two-year old sister had gotten sick eight days earlier, went to same pediatrician who sent sister to hospital, was seen by different doctors, who diagnosed and treated her for Kawasaki disease. She is alive and well.”

Doctor Chang, saw Madison and knew her sister was diagnosed with Kawasaki disease. He knew than when a sibling has the disease, the chances are 10 times higher for Kawasaki disease. The other factor is that children less than 1 year old are highest risk for coronary artery damage.  Madison had all these risk factors but the doctor ended up diagnosing a virus and gave her Tylenol and Motrin.

She died three weeks after discharge of myocarditis (an inflammation of the heart muscle) and a blocked artery. Autopsy said it was Kawasaki disease.

The jury's judgment made the parents feel "vindicated and that justice has been done," Norton said.