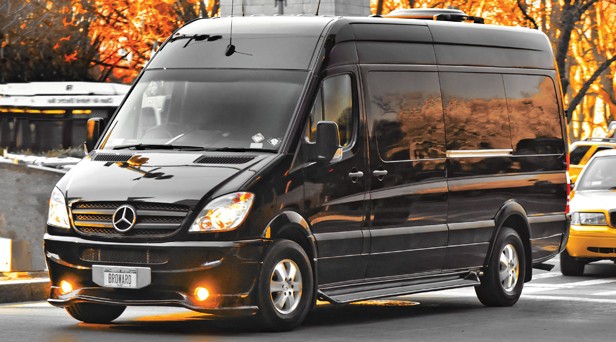 A Pennsylvania man who got a brain injury when he was thrown out of a moving party bus settled his negligence case against the limousine company for  $500,000.

The plaintiff, Adam Stefanowicz was standing on the moving bus. After an abrupt move by the chauffeur, he was thrown into the exit doors, causing him to fall into the street.

The limousine bus is owned and operated by King Limousine & Transportation Service, a Philadelphia company.

The plaintiff and 13 other patrons including his wife used the limousine service to avoid any danger after a night of drinking alcohol. The defendant advertises the business as having outstanding service and reputation in the Philadelphia area. The couples expected to have a safe trip, but got the exact opposite.

The chauffeur allowed the plaintiff and other passengers to stand while the vehicle was in motion. The plaintiff’s counsel -- Anthony J. Baratta of Baratta, Russell & Baratta in Huntingdon Valley, PA --  also stated, the driver was aware the passengers had consumed alcohol for many hours.

According to the plaintiff’s counsel, the driver made a conscious choice to move the bus knowing the passengers were standing next to the exit door.

After the incident, the plaintiff suffered a petechial hemorrhage (blood escaping from a blood vessel in the brain) and was observed overnight. The doctors concluded the hemorrhage was decreasing in size and sent the plaintiff home.

The plaintiff returned to work but was not functioning as normal. He experienced mood swings, loss of concentration, fatigue, and poor organization. To alleviate the issues and accommodate the changes the plaintiff hired specialists to evaluate his workplace.

Although the case settled pre-trial, it is likely Kings Limousine, as the chauffeur’s employer would have been held vicariously liable for the employee’s actions. The employee failed to follow proper safety measures to ensure the safe and pleasant experience for the customers.

Generally, limousine drivers or common carriers do not have a duty to assist passengers in and out of vehicles unless a passenger has a physical disability. However, in this case the passengers were inside the vehicle and the chauffeur was consciously aware of the patrons capacity at that time. According to King Limousine’s website all chaffeur’s receive over 40 hours of classroom training and are monitored on the road with GPS tracking systems.