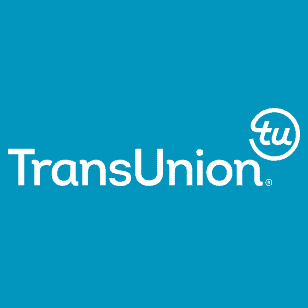 WASHINGTON, D.C. – A jury awarded $60 million jury on Tuesday to consumers whose credit reports misidentified them as terrorists and criminals.

It could have been blocked by forced arbitration or a class-action ban, showing the importance of a rule expected to be finalized this summer by the U.S. Consumer Financial Protection Bureau (CFPB), according to the Fair Arbitration Now coalition.

The verdict could have been blocked by forced arbitration or a class-action ban, showing the importance of a rule expected to be finalized this summer by the U.S. Consumer Financial Protection Bureau (CFPB), according to the Fair Arbitration Now coalition.

The jury award came in a nationwide class action for more than 8,000 consumers, finding that the credit reporting agency TransUnion violated the Fair Credit Reporting Act when it carelessly misidentified the consumers as terrorists and criminals when people sought auto loans or bank accounts, confusing the consumers with similarly named people on a government watch list.

“People who were falsely labeled as terrorists or drug dealers would have been blocked from their day in court if TransUnion had slipped in a forced arbitration clause as it has tried to do in the past,” said Remington A. Gregg, Counsel for Civil Justice and Consumer Rights for Public Citizen’s Congress Watch division.

The CFPB has proposed a rule that would prohibit forced arbitration clauses with class-action bans in consumer financial contracts. A final rule is expected this summer, but Congress may attempt to block it.

“Class actions are critical to stop widespread wrongdoing. TransUnion was sued years ago for confusing a consumer with a terrorist, but the company kept up its reckless practices, making this class action essential to helping the 8,000 people who were harmed,” said Lauren Saunders, associate director of the National Consumer Law Center.

TransUnion has tried to bind people to forced arbitration when they use its website or sign up for its credit monitoring services. But in this case, lead plaintiff Sergio Ramirez did not have to contend with a forced arbitration clause or a class-action ban because there was no agreement between him and TransUnion.

“In most cases, people can’t avoid fine-print forced arbitration clauses in bank accounts, credit cards and other loans, taking away their day in court when the company violates the law,” said Saunders.

The case is Sergio L. Ramirez v. TransUnion LLC in the U.S. District Court for the Northern District of California.

Fair Arbitration Now is a coalition of more than 75 organizations and people who support ending the predatory practice of forced arbitration in consumer and non-bargaining employment contracts.