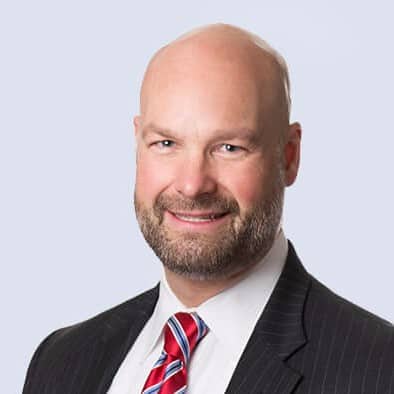 A federal court jury in Pennsylvania awarded $625,000 in damages to a woman who had unnecessary surgery to remove a non-existent mass, leaving her scarred and unable to have a child.

The jury found Dr. Le was 100% responsible for performing an unnecessary surgery on Natisha Almeida to remove a mass the size of a potato but found nothing. The jury exonerated the wo defendant radiologists.

Dr. Le, the surgeon, admitted to the plaintiff after the surgery, that he performed a pelvic laparotomy on May 10, 2013 “for nothing.”

Dr. Le had intended to remove what he called a “mobile mass,” which he believed existed because of the physical exam of his patient by her family physician, the reading of a transvaginal ultrasound by defendant Dr. Paul Adelizzi in which he identified a 3x6 cm solid mass and the reading of a CT by Defendant Mark Silidker, M.D. in which a 3x6 cm mass was confirmed, and that Ms. Almeida felt pelvic pressure.

"In making this decision, he ignored his own finding of a normal pelvic and rectal exam on April 11, 2014, the normal rectal exam by a GI specialist on April 25, 2013, a normal colonoscopy on May 6, 2013, and he never performed another rectal exam before surgery," said plaintiff attorney Anthony J. Baratta of Baratta, Russell & Baratta, Huntingdon Valley, PA. He tried the case with attorney Andrew DiPiero, also with his firm.

Dr. Le also ignored a recommendation by Dr. Adelizzi (the ultrasound radiologist) that he get a CT with rectal contrast (he ordered oral contrast instead), the recommendation by Dr. Silidker (CT scan radiologist) that he get an MRI, and the fact that the mass identified by both radiologists was described as being in two different places and that both places described by the radiologists were outside the areas within the purview of a gynecologist.

Plaintiff’s gynecology expert, Richard Luciani, says that given the “uncertain” situation facing Dr. Le, which pointed to either a benign fibroid or a mass of non-gynecologic origin, referral to a general surgeon was “mandated” and that exploratory laparotomy, and its intendant risks, was not indicated.

Dr. Le said he “discussed” the surgery with a general surgeon named Murray the day before the surgery to confirm a plan that if the mass were a fibroid, he would remove it through a mini-laparotomy, but if “mesenteric,” Murray would remove it.

He never sent the patient to Dr. Murray for evaluation. He never sent records or films to Dr. Murray.  Dr. Murray denied that any discussion pre-surgery occurred, and if he had been so consulted he would have examined the patient and reviewed studies. Instead, Dr. Murray’s first contact with the Almeida case was when he was summoned into theoperating room by Dr. Le, with the patient under anesthesia and with her abdomen already opened, because Le could not find anything.

Both radiologists contended that their readings were accurate.  Plaintiff’s expert radiologist, Larry Caputo, M.D., says both radiologists mis-read the studies by interpreting the anterior wall of air filled bowel as a mass.

The radiology expert for the radiologists, Dr. Chad Brecher, did not testify that the films were read accurately.  Instead, he said since both radiologists expressed uncertainty and requested further studies and did not make the decision to perform surgery, they met the standard of care.

Dr. Daniel Small testified as Dr. Le’s expert that he was justified in performing surgery based upon the family physician’s physical exam and the reports of the two defendant radiologists.

The CT scan was done May 8.  Dr. Le called Natisha that day to say she had a tumor the size of a small potato that needed immediate removal.  She, her husband, mother, father and brother met with Dr. Le on May 9th and surgery was performed May 10.

The scarring outside her body was permanent. What was not known immediately was that the surgery caused scarring inside her body too. That would only be learned once she began receiving treatment to help her conceive.

In February 2016, Dr. Jeffrey Bowers performed an exploratory laparoscopy to evaluate the integrity of her left fallopian tube. He found significant pelvic adhesive disease with occlusion of the left fallopian tube. He lysed adhesions and removed the fallopian tube. This surgery and loss of female anatomy was a direct result of Dr. Le’s unnecessary surgery says Plaintiff’s gynecology expert, Richard Luciani.

In this regard, it is helpful to know that Dr. Le, in the 2013 surgery, specifically noted in his operative report that he examined the uterus, ovaries and fallopian tubes and found all to be normal as well as no sign of adhesions or endometriosis.

The defense expert for Dr. Le blamed the development of the adhesions to the plaintiff’s single Chlamydia diagnosis made when she was 20 years old in 2006. However, she rebutted this testimony with evidence that the Chlamydia which was successfully treated with Doxycyclene, and that each chlamydia test thereafter (2010, 2011, 2013) was negative and that Dr. Le himself observed no adhesions and normal tubes in 2013.

The case was tried over 5 days before a Jury of eight persons and Judge Robert Kelly of the US District Court Federal Court for the Eastern District of Pennsylvania.  Our client had suffered $4,277 wage loss and $11,000 in recoverable medical bills so most of the verdict was for non-economic harms such as pain, loss of life’s pleasures and disfigurement.  The jury awarded $625,000.